A new era of Overwatch is just around the corner. The sequel to the hero shooter – or at least its PvP portion – is set to launch tomorrow, October 4th, and the game has been counting down the days to release with both hype stirring and informational posts.

For those who aren’t otherwise aware, the game opened itself up to pre-downloading this past weekend on BattleNet while also offering a pre-launch checklist for those who are new to the shooter, previous owners of the original, or those who bought in to the Watchpoint Pack. This past weekend also saw global launch timing outlined in a map: The shooter is expected to go live on the east coast at 3:00 p.m. tomorrow. Meanwhile, the hype train has been chuggin’ along as the game has launched a hashtag and detailed upcoming Twitch drops.

Readers will further recall that OW2 is replacing the original OW, clarifying statements from then-lead director Jeff Kaplan in the game’s initial reveal at BlizzCon 2019. To that point, the original shooter goes offline at approximately 12:00 p.m. EDT today.

Of course, the game’s run-up to this point has been a long and winding trip. From Kaplan’s departure and concerning monetization changes to mechanics updates and the delay of PvE plans, this one’s had plenty happening before now. You can follow OW2’s development trajectory with our prior coverage below, as well as check out the aforementioned global release map. 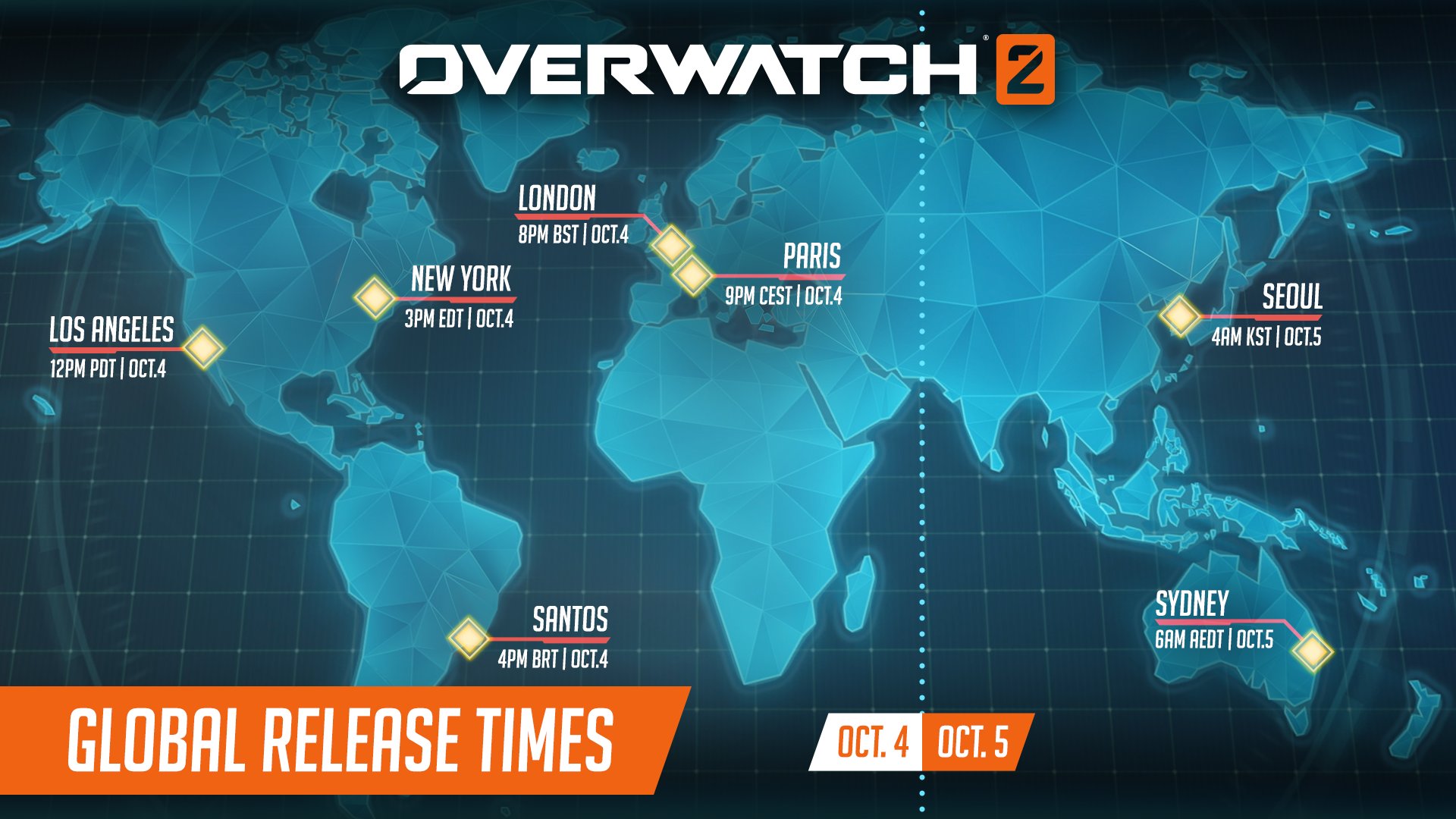 sources: Twitter (1, 2, 3), official site (1, 2), Eurogamer
Activision-Blizzard is considered a controversial gaming company owing to a long string of scandals over the last few years, including the Blitzchung boycott, mass layoffs, labor disputes, and executive pay fiasco. In 2021, the company was sued by California for fostering a work environment rife with sexual harassment and discrimination, the disastrous corporate response to which compounded Blizzard’s ongoing pipeline issues and the widespread perception that its online games are in decline. Multiple state and federal agencies are investigating the company as employees unionize and call for Bobby Kotick’s resignation. As of 2022, the company is being acquired by no less than Microsoft.
Advertisement