[Updates to this piece are at the end!] If you were planning to abuse the Architect Entertainment system on City of Heroes’ Homecoming rogue servers, we hope you already got your easy expies because it’s been nerfed now. AE is the game’s player-created mission system, designed for storytelling, but traditionally players have found ways to create cheese missions that provide heaps of experience, allowing them to levelcap quickly. In some cases, there were outright exploits of mobs that posed no threat at all to participants. But the Homecoming team has now patched that problem out of existence by nerfing AE across the board and shoring up the exploit.

“Some of you may have noticed the AE server going up and down a bit – it’s getting hammered quite hard. We don’t want to disable it completely and remove the ability for anyone to play any AE content, but we need to discourage overuse for the moment. As such, we’ve reduced the XP gained from Architect content by 50%. In the future, hoping to be able to flag a subset of content as ‘Dev Choice’ which will then be exempt from this limitation, but that’ll be happening a bit further down the road. I know this may upset some of you, but we’re hoping the various other XP bonuses & Anniversary Badge bonus will make up for this.”

The team has also noted that character transfers across servers are not currently possible as nobody’s built the tool for it yet. “What we can say is that if for whatever reason we end up shutting an individual shard down we should be able manually move all characters onto another shard,” the lead GM writes. “This is not a guarantee it’ll work, but it is a guarantee we will try our best. Obviously, renames may be required as part of this process.”

That’s all part of the lead up to trying to convince folks to give up on the beleaguered Torchbearer server and play on the two servers added most recently: Everlasting, the unofficial RP server, and Indomitable, the unofficial PvP server, not that you need to do either activity to play there. The team has extended double experience bonuses for those two servers through Monday, in addition to experience bonuses on all servers on weekdays, meaning if you’re playing on the smaller servers right now, you’re getting 250% experience.

I do want to add here that we’ve been informed of at least two other live servers from other teams, but we’re reluctant to link to them just yet until they are verified (or for that matter, until we know whether they even want to be covered in the press and see their numbers blown up like Homecoming’s!). They are to my knowledge independent of the more public team ventures across Discord, which include Homecoming, /cogx/, Ouroboros, Reddit, and a separate community negotiating team called SCOTS.

Homecoming itself has previously addressed the status of Tequila, requests for hardware assistance, and the inadvertent data collection incident, though it says it cannot comment on distributing that patch externally.

Once again, some stock reminders: These are rogue servers, not technically sanctioned by NCsoft, though NCsoft has not made any public statements about them. We’ve had confirmation that negotiations between Titan Network and NCsoft continue on, but it remains unclear whether these shards will be wiped or maintained permanently and how they will be funded long-term. Right now, these four servers are being funded to the tune of $4700 monthly by private donors with 32000 players. Please do not give anyone money for City of Heroes servers right now. 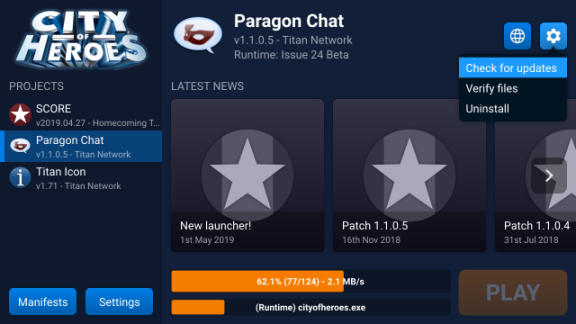