Fiction writers know well of Joseph Campbell’s identification and outline of the monomyth, or “hero’s journey,” in many stories. The 12-step process starts with a sympathetic hero in an ordinary world who then goes on a coming-of-age adventure into a special world where he or she finds a mentor, meets allies, goes through tests, succeeds in an ordeal, and is ultimately transformed into a more powerful and skilled person.

From Lord of the Rings to Star Wars, the monomyth is clear and active. Even with the similar structure across scads of stories, we love it and eat it up. There’s something about this journey that appeals to us, perhaps because we can imagine ourselves going on such an adventure. It’s also why MMORPGs are so gripping, giving us a chance to experience the monomyth first-hand.

In 1999, one MMO decided that it would embrace this formula and called itself, simply, Hero’s Journey. What started with high aspirations eventually fell into a decade of development hell, which ironically took fans on a journey to failure, not success. Today we’re going to look back at Simutronics’ graphical MMO and imagine what could have been. 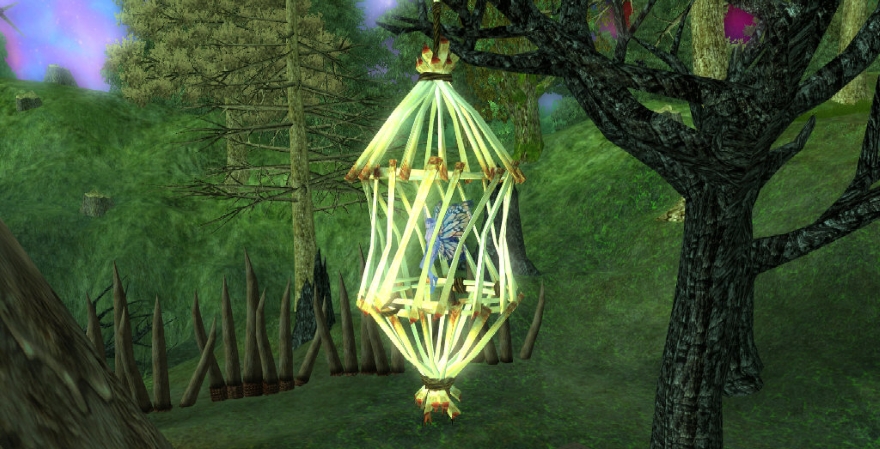 One of the most influential online games of the ’80s was Scepter of Goth, a MUD whose alumni have gone on to do a lot of great things in the MMORPG industry (we will speak of all of that next time). In the mid-1980s, Scepter of Goth was being run by InterPlay (not to be confused with Interplay Entertainment, the maker of Bard’s Tale and Wasteland), which unfortunately went under. However, its staff and players didn’t want to give up the dream.

InterPlay Vice President Tom Zelinski, his wife and fellow employee Susan Zelinski, and Scepter of Goth player David Whatley came together in the aftermath of InterPlay to set up a new studio devoted to online gaming. Simutronics was founded by the trio in 1987 and had as its flagship the MUD GemStone. Among its employ was Scott Hartsman, who would later go on to become CEO of Trion Worlds.

Simutronics enjoyed modest success over the next decade, pumping out GemStone II (1988), GemStone III (1990), the award-winning CyberStrike (1993), Modus Operandi (1995), and DragonRealms (1996). It ran games on GEnie, AOL, and Prodigy and boasted over two million player hours per month by 1996 (which was important in an era of per-hour pay) before moving all of its games over to its own domain in 1997. At the studio’s peak, it employed 300 workers and was in the top 300 growing companies in the U.S.

While Simutronics had made its fame and fortune in the text-based MMO world, it clearly saw that the online 3-D space was the future. In 1999, the studio began work on Hero’s Journey, a graphical MMO that used the same Elanthia setting as GemStone and DragonRealms. For the first time ever, players will be able to see the worlds they had been exploring since the ’80s.

The initial vision of the game, which was informally called Hero’s Journey 1.0, was played around with internally but later scrapped some time in the early 2000s as the team started over from scratch. “I made the call to start over and do things in the unique Simutronics way — build cool tools first, and while we do that, go off and think really, really hard about design,” Whatley said later.

While a major project, Hero’s Journey was still but a part of Simutronics’ master plan. The studio produced several new works in the 2000s, including GemStone IV (2003) and several mobile titles later on.

Hero’s Journey 2.0 was initially due to be launched in 2005, which was then revised to 2007, which was then passed and ignored as Simutronics stopped talking about the game. Despite multiple delays and a long development time, there was a period where excitement was strong for Hero’s Journey. The peak of the hype was during the game’s showing at E3 in 2005 and 2006 as part of the next wave of major MMOs.

As the team revved up the project, Simutronics adopted two maxims that it touted for Hero’s Journey: “Choices will matter” and “more fun and less tedium.”

Hero’s Journey’s hook was the promise that players’ actions and choices would have an effect on the dynamic world, a promise that we’ve often heard from up-and-coming MMO developers. NPCs reportedly would react to the decisions of each character, making each playthrough a unique experience.

“Our intentions are to make the best game ever, but that’s a given,” said Simutronics’ Stephanie Shaver in 2005. “We definitely intend to innovate, but not so far off the map that you won’t be able to identify the game as massively multiplayer roleplaying fantasy.”

CEO David Whatley elaborated on that in a June 2005 interview: “Our goal with Hero’s Journey is nothing short of moving the whole MMORPG genre forward. We feel that, in many ways, there is just too much ‘me too-ness’ out there. After decades of great examples of how to make compelling gameplay in single-player games, why is it that everyone keeps reinventing the same old tired hunt, level cycle in online games? We hope to reacquaint gamers with the awe of cool things happening, of dynamic elements and sophisticated gaming elements that seem to have been lost when the transition to online occurred.”

Another major focus of the MMO was its emphasis on storytelling, roleplaying, and game master-led events. Simutronics was clearly drawing from its MUD background, where such features were more of a staple than in graphical MMOs. Live GMs were to be given tools to shape and mold the game world to create memorable experiences for players, right down to the ability to jump into NPC and monster skins if need be.

Simutronics also promised that its patching system would happen in the background of the live game, making downtime for updates a thing of the past. Other features included a weather system, a graphics system that would make the game look good on nearly any machine, and a record of a character’s personal journey.

A colorful tapestry of races (such as the Stoneborn, the Mistfolk, and the Suwari), the dual profession system, and customization options would give players a great latitude in crafting a special character at the start of their career. New players would be able to group up with experienced ones and journey together, thanks to the MMO’s flexible quest design.

Characters would enter a world that had suffered a cataclysmic war and was still healing from it. “We wanted to see depth and complexity in the story, where conflict could arise not from the struggle between good and evil, but from groups of people who are at cross-purposes with one another, and yet are required to share the same space and resources,” said Producer Melissa Meyer.

By 2009, it was clear that Hero’s Journey was never going to happen. Simutronics quietly put the project on indefinite hold while reassigning some employees to other stations and letting go of others.

While Hero’s Journey as a game is well on its way to be forgotten forever by the MMO community, the tech behind it had a much larger impact. Simutronics’ Hero Engine, which allowed for shared online creation between multiple developers, was attractive enough to be licensed out to several other studios.

BioWare bought into the Hero Engine in 2006 for what was eventually to become Star Wars: The Old Republic. Both Elder Scrolls Online and The Repopulation initially worked with the Hero Engine before deciding to switch to other engines in the midst of development. Other licensees included A World of My Own and Faxion Online, an MMO that ran from 2011 to 2014.

In 2010, Idea Fabrik bought the engine, its tech, and hired several of Simutronics staff. Today, the Hero Engine is still available as a development tool, although it doesn’t seem as though many studios are looking to use it.

Looking back, it is regrettable that we never got to see whether or not Hero’s Journey could make good on its bold claims. Its GM tools and dynamic quest system alone were great ideas that have since popped up in the discussions and featuresets of other titles.