Well here we are again, heading to the end of another year. And while many are eager for this year to end, us gamers have a tradition that can’t be ignored: declaring the games that defined our year. And today, I take my little mole hill and build it into a mountain: Black Desert Online should be Massively’s MMO of the year.

And of course the site’s resident “BDO guy” is going to declare that, right? Not so! Last year, I didn’t feel the game deserved the game of the year, even when some of my colleagues voted for it. In my mind, there just wasn’t enough there to get a majority of MMO players (whom I shall dub the “MMOjority”) behind the title.

END_OF_DOCUMENT_TOKEN_TO_BE_REPLACED
But this year’s different. I’m pretty confident that Black Desert Online is ready to take the mantle of this year’s Game of the Year. I’ve got enough evidence to prove it, and for this edition of Desert Oasis, I’m going to make my case before the unsuspecting MMOjority to prove that this year belongs to BDO. 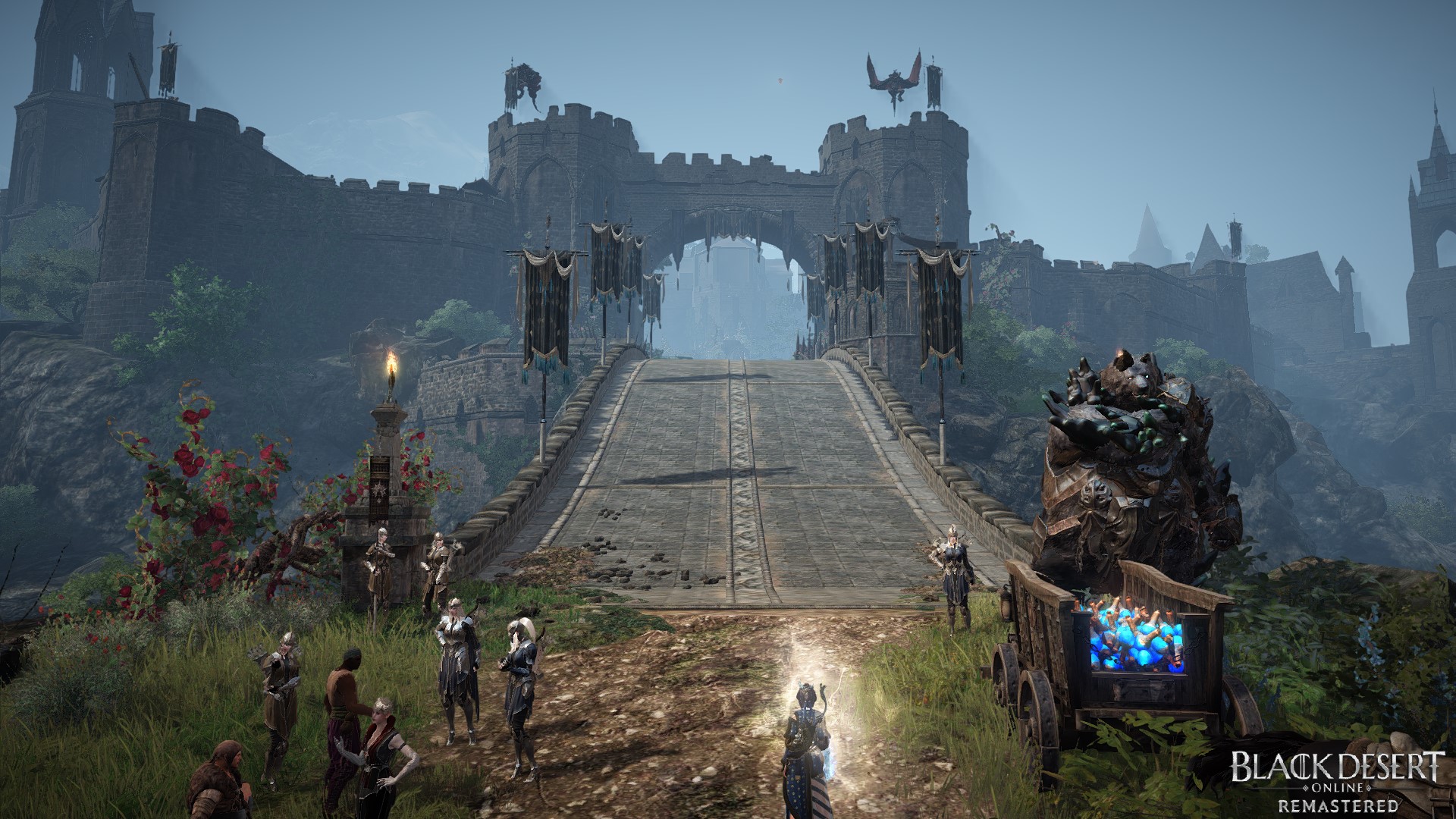 Pearl Abyss’ treatment of its employees

Before diving into the game itself, I want to put a spotlight on the company’s employee benefits. Back in 2018, we wrote about the coverage provided to not only PA’s employees but also its spouses, parents, and children. That’s impressive, and when the pandemic hit, word got out that PA is also providing monthly house cleaning, birthday bonuses for employees and family, and insurance for pets.

The way the company treats its employees has little bearing on my decision for MMO of the year. But this is a nice bonus, and I just want to highlight it. One of the more tiresome things about the gaming industry is what seems like endless waves of companies mistreating employees. I’m glad to see Pearl Abyss uses some of its gobs and gobs of money to take care of its employees. And I’m pretty sure it’s one of the many factors that have helped grow BDO into what it is. And boy is there a lot to do in this game.

A little something for everyone

There’s so much to do in Black Desert. I like killing things, and I usually write about the combat and grinding this game features here in Desert Oasis, but there really is a pretty large variety of activities for players to progress through. Aside from the traditional grinding, players can opt to get rich without ever setting foot outside of town through the various life skills.

The introduction of Manos gear early in 2020 provided dedicated lifeskillers a set of gear to work toward. It also made lifeskilling even more profitable than before. For those who love boating and trading, the team added a whole new slew of boats provided another set of goals for players to work towards. There is so much to do that I barely have enough time to keep up with all of it! And even if players don’t enjoy the endless grind, there’s still a bunch of other activities to try out. 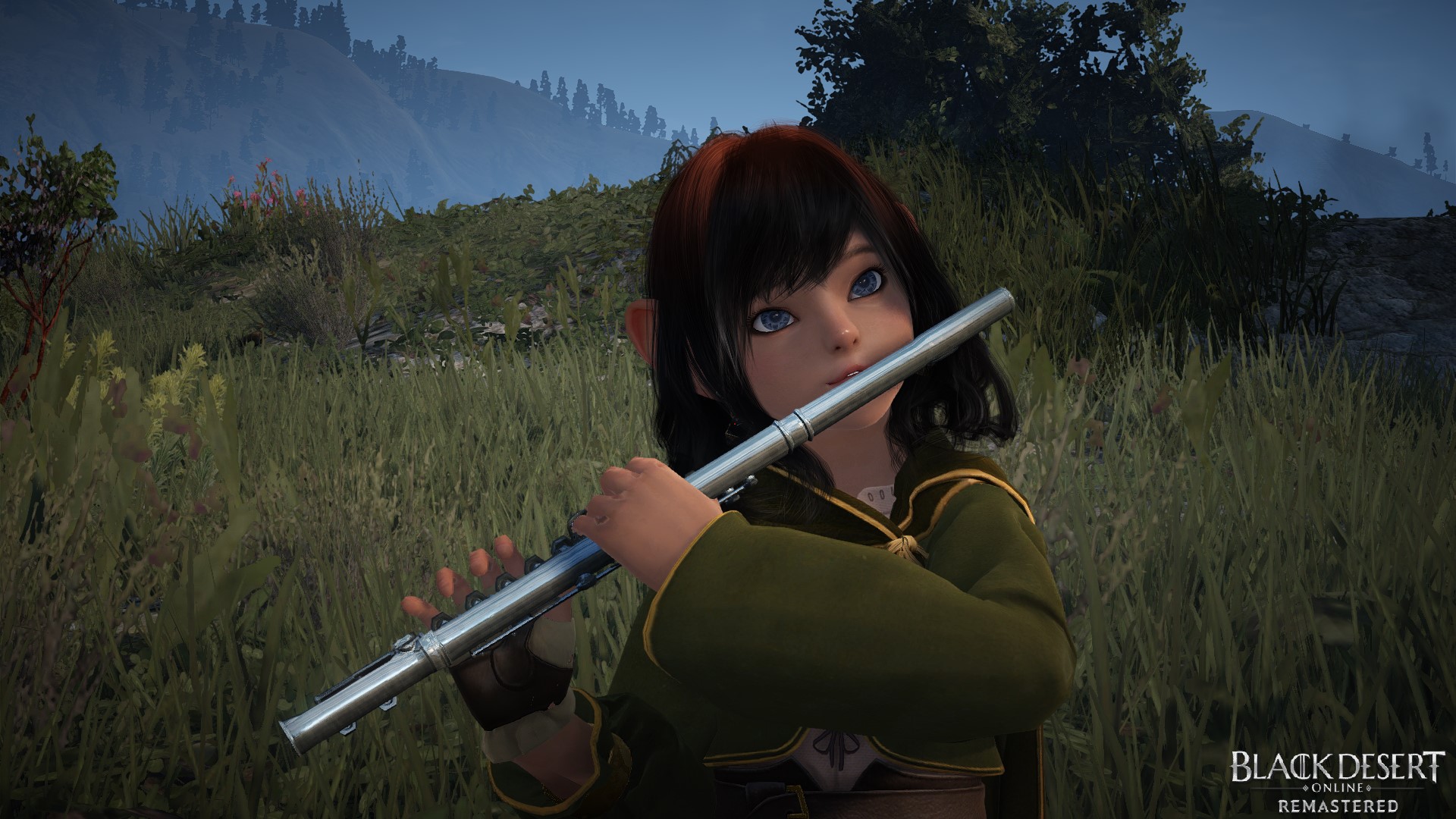 There’s also the variety of player classes available: The game has 20 now. And almost all of the classes come in two flavors, awakening and succession. For the uninitiated, at level 56, players can evolve their character with an awakening weapon. It’s a totally new weapon that changes the character’s playstyle. For example, the Dark Knight goes from a close-range fighter-type to a mid-range spellcaster upon awakening. For those who enjoyed the character’s initial playstyle and weapon, there’s succession. It strengthens the character further without having to give up the playstyle. Players can switch between the two on a whim, so no decision is permanent.

I’ve done the main storyline so many times, and the current iteration is the best way to play it. It was a much worse experience even as recently as last year. But with the recent changes to quest rewards and the addition of season servers, players can now jump into the game any time without feeling too far behind. Completion of the Mediah storyline has players ready to begin their forays into grinding out the Nagas and undead on their journey to that coveted 260 AP.

Players who opt to start in the season servers are at even greater advantage — completing the storyline, teaching the basics of the enchant system, and introducing players to the gameplay loop of the game. In some MMOs, players won’t even know what endgame’s going to be like until they hit the cap. Whether players enjoy the system or not is a different argument. The point is that the game shows players what they’re going to be in for in the long run in the span of about 20 or so hours. 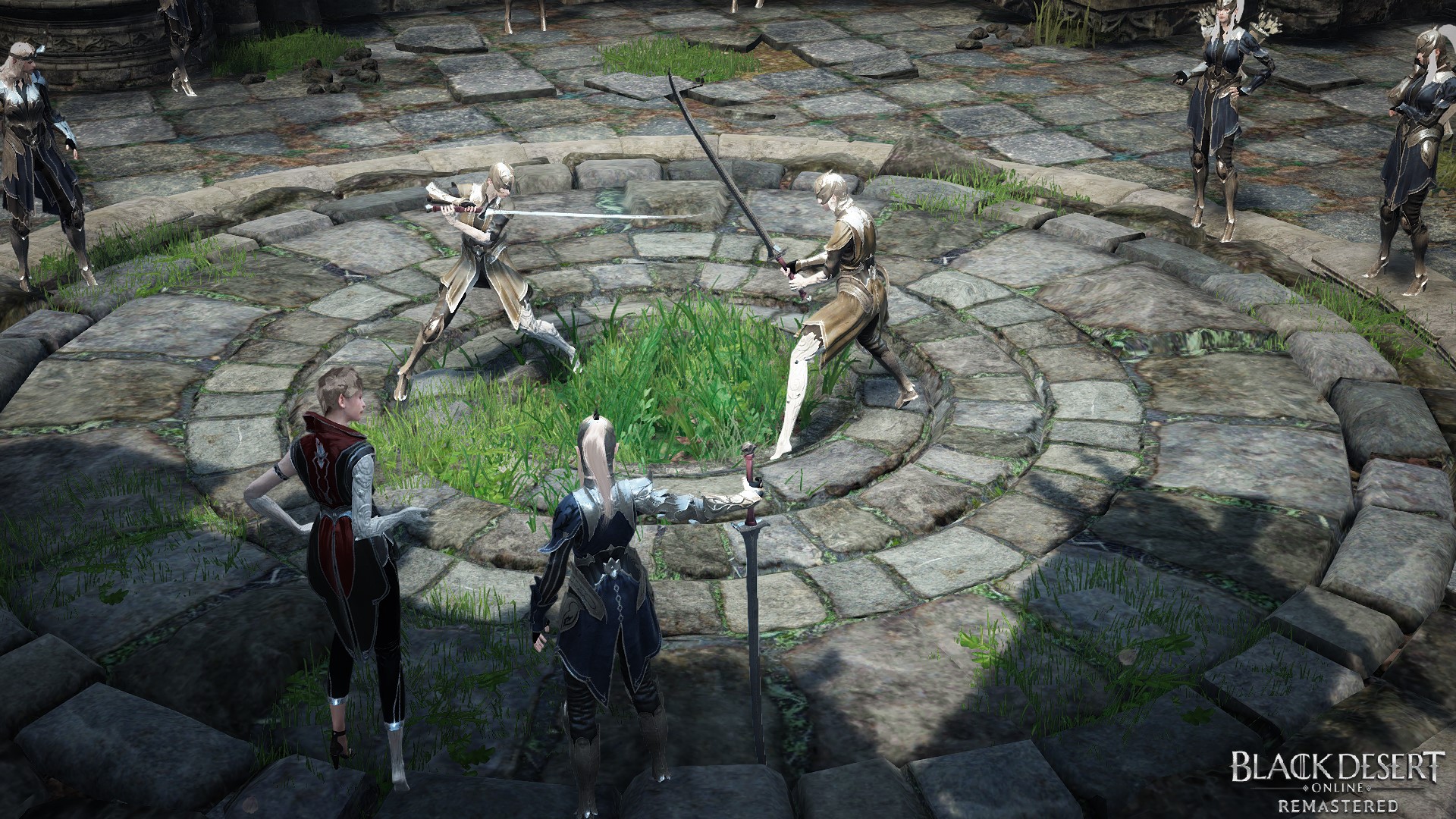 I’d argue that it’s easier to get into this game than something like Final Fantasy XIV simply because players don’t have to deal with that endless wall of text of a main story quest just to get caught up with the rest of the playerbase. That especially applies for players that just want to play the game rather than deliver this bottle of wine from this NPC to that NPC and find out the person that just got wine is also traumatized by Bahamut or something. I’m not trying to yuck anyone’s yum here, but I do have a very specific taste in MMOs. And that leads to my next point.

It’s our most popular niche MMO

BDO is such a funny game. It’s considered part of The Big Five (the other four being Final Fantasy XIV, Elder Scrolls Online, World of Warcraft, and Guild Wars 2), but everything the other four do, BDO does the opposite. It doubles down on the grind, that cash shop can be pretty expensive (but also excessively sexy), it’s got an RNG-based progression system, and nobody can agree on whether or not the game is P2W or not. But despite it all, people still adore this game. As I write, there are currently 2.9k people viewing the game on Twitch – that’s quite a lot for an MMORPG.

There’s no real secret to its success; the game attracts people who enjoy a little grind and a lot of jiggle. There’s no annoying storyline to endure, and it’s got a horizontal progression system. It’s counter intuitive, but looking at the steam charts, at least 13,000 people seem to enjoy the game – and that’s just Steam.

Continued support into the decade

I’m pretty sure I’m not alone in assuming that many MMO players consider a game’s overall health before investing time into any MMO. It happened to WildStar, which couldn’t shake the stigma of a dying MMO, and that uncertainty kept players from emotionally attaching to the game. Thankfully, Black Desert doesn’t have that issue. With the recent release of O’dylitta, players have some new content to enjoy. There’s also the frozen peaks of the Southern Mountains and the demon-infested wasteland north of Valencia. There’s still a lot on the docket for this game, and there’s no sign of slowing down. 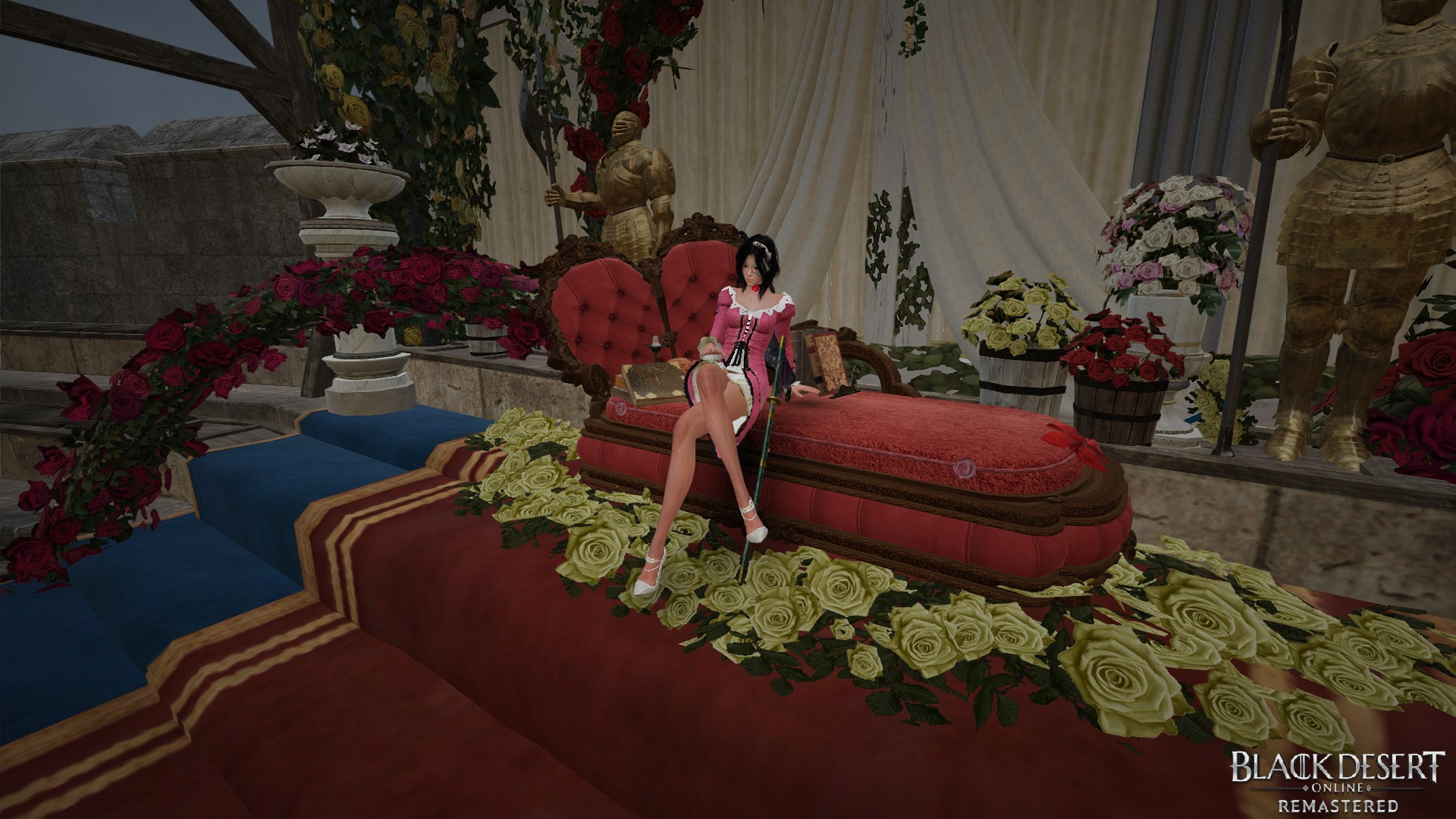 Black Desert is a pretty safe bet for players looking to get into a healthy game that doesn’t fit the mold. The addition of season servers ensures longevity, and Pearl Abyss promises to continue supporting the game for another 20 to 30 years. Considering how games like Lineage are still supported all these years later, I’m confident we’ve got plenty of time to grow.

And at least one other writer agrees with me