I’m sad about it, but I have to eat my words about Elyon and its place in this decade’s pantheon of MMOs. I honestly thought Elyon was going to be the game that many younger players were going to gravitate to. And I still feel that it’s an underrated gem.

But boy howdy did Lost Ark just eat Elyon’s lunch. Smilegate’s MMOARPG took off big time; in July 2022, it saw an average of a 214,000 players. And while numbers have been going down over the past 30 days, no doubt from the people going back to school, it’s still averaging well over 150,000 players concurrent. That’s great. I love seeing MMOs doing well.

So how did it all happen? Let’s talk about why Lost Ark became such a huge hit in this week’s edition of Four Winds.

Lost Ark is an isometric action MMORPG that heavily borrows from, well, action RPGs like Diablo III and Path of Exile. Players have free rein on distributing their skill points. There’s no need to pay extra money or wait for free respecs to make adjustments for your characters. Players can change builds on the fly and save up to three for quick build swapping. This applies to skill point allocations and gear slots, too; gamers who need more can buy up to 10, but three are enough for the majority of players. 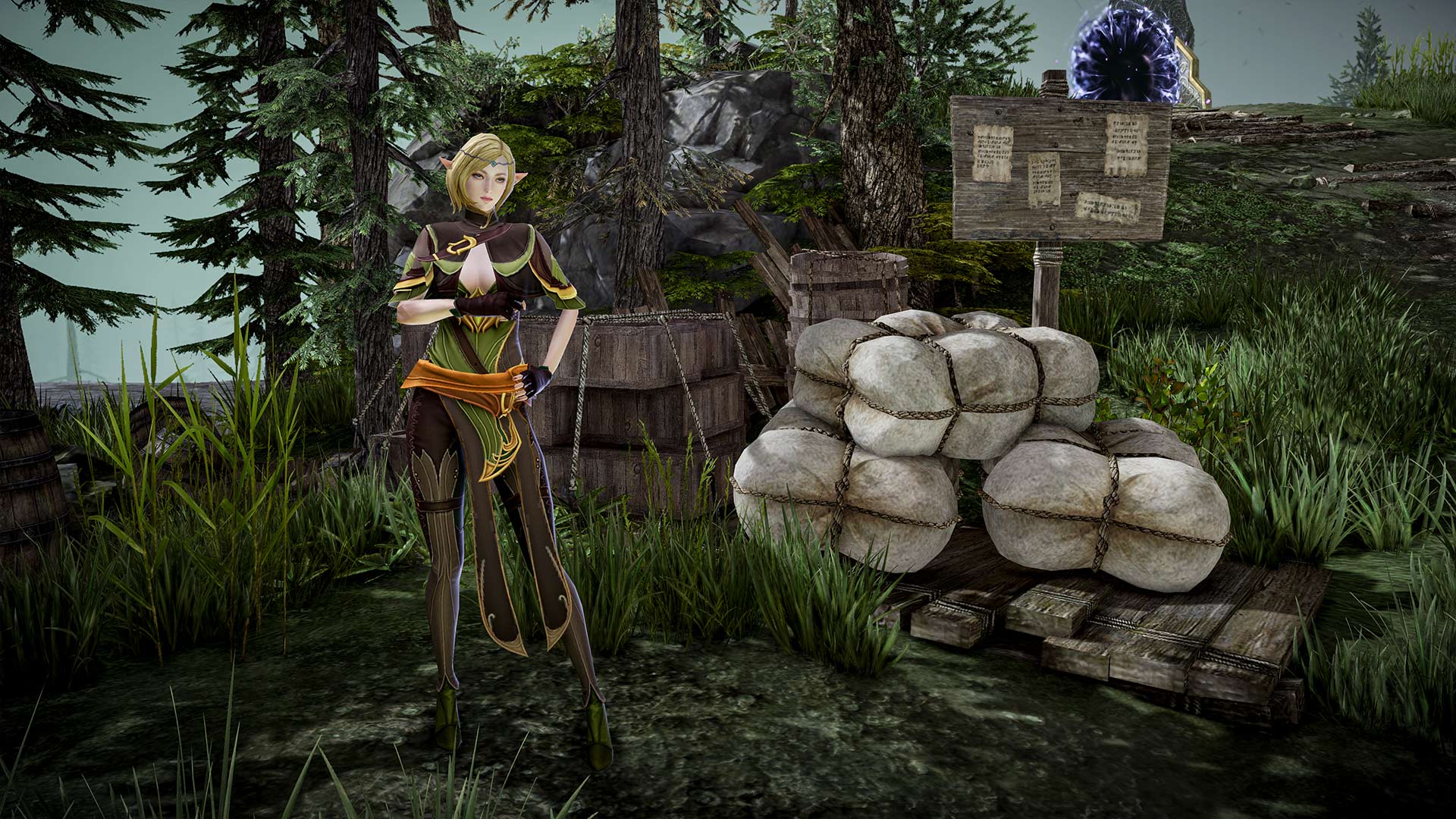 In addition, it feels a whole lot like League of Legends. On the surface level are the controls: Players can choose to move their characters with the right mouse button, while their left click is an auto attack or vice versa. It’s a small thing, but it’s enough to pull in players from both ARPGs and MOBAs.

Beyond the surface, the isometric perspective just feels like the old MMOs of yesteryear, specifically games like Lineage. It just hits the right chords. It looks like Lineage, but rather than going all in on recapturing that magic, it pulls gameplay and mechanics from ARPGs, MOBAs, and MMOs to cast a wide net to attract as many players from those genres as possible — and the precise combination works.

The right mix of ARPG, MOBA and MMO

It’s not just controls, developers Smilegate RPG and Tripod Studio did a smart job leveraging three genres into a cohesive system. Take the itemization, for example. It’s heavily inspired by ARPGs in that items provide stat upgrades and each item also has a variety of passives (dubbed engravings) to improve characters. Specific builds will need to max out specific engravings, and while two of the most important ones can be equipped via a gear slot, donning gear with desirable engravings can adds a level of horizontal progression characters. In other words, the joy of finding that perfect piece of gear is very much present.

And control scheme isn’t the only thing that makes this game feel like a MOBA. Many of the player classes are popular MOBA archetypes as well. I’m an Arcanist main, so my DPS is largely dependent on drawing the right card at the right time. Final Fantasy XIV players will immediately think of the Astrologian. But MOBA players will see the nods to Twisting Fate. Another example: The Deadeye, a gunner advanced class, has three weapons that he can swap between, and swapping between each gun changes the entire skill slot too. That weapon-swapping mechanic feels a whole lot like how League of Legends’ Aphelios’ gameplay mixed in with a little bit of Jhin.

I particularly like how the tank mechanics work too. Lost Ark does feature a tank class in the Gunlancer, but it’s not your traditional “pull the aggro to me and DPS down the mob.” Aggro is random, so anyone can get attacked. But the Gunlancer gets a taunt skill that lasts only a few seconds, so it’s mainly used for snapping aggro from a player just before a big attack hits. It’s an interesting take on the tank, but the tanks play more like a brawler in PvP games that “peels” threats away from squishier classes rather than being a full-on traditional MMORPG tank.

And finally, there’s the MMO aspect. The obvious thing are the players – there’s a lot of them, which makes the community feel alive and bustling. And this game leaned in so hard into dailies and weeklies that it’s central to the endgame experience and keeps players logging in. In the endgame, there are raids, dungeons, and an extended grind – this game features everything we would expect from a modern MMORPG. It’s got crafting, a new spin on player housing, a mildly interesting storyline, and group activities. And you know what the kicker is? Players can get to endgame immediately.

A liberal approach to reaching endgame

In my estimation, Lost Ark’s story is decent for an MMO. After a dramatic parting near the end of the story that I won’t spoil for you, I was sold. The pacing is swift, it’s not too wordy, and there’s still plenty of action to be had. But for those who just want to jump past the plot to play with their friends or just want to skip right to the hard stuff, players can pay for a powerpass to get right to the beginning of endgame.

I initially skipped the story with a powerpass. But once I learned all the mechanics and finished my dailies, I went back and played the story with another character. So I think I got the best of both worlds and experienced the game exactly the way I wanted to, as opposed to being stuck in a linear progression devised by the studio. On top of that, the game doesn’t restrict players from boosting each other. Players can make a lot of money from that, and I appreciate that there are a variety of ways to get to the highest levels of raid. Players can skip right to the end latest content or take a slow and steady approach. Either way, the game won’t stop you from playing as you please. 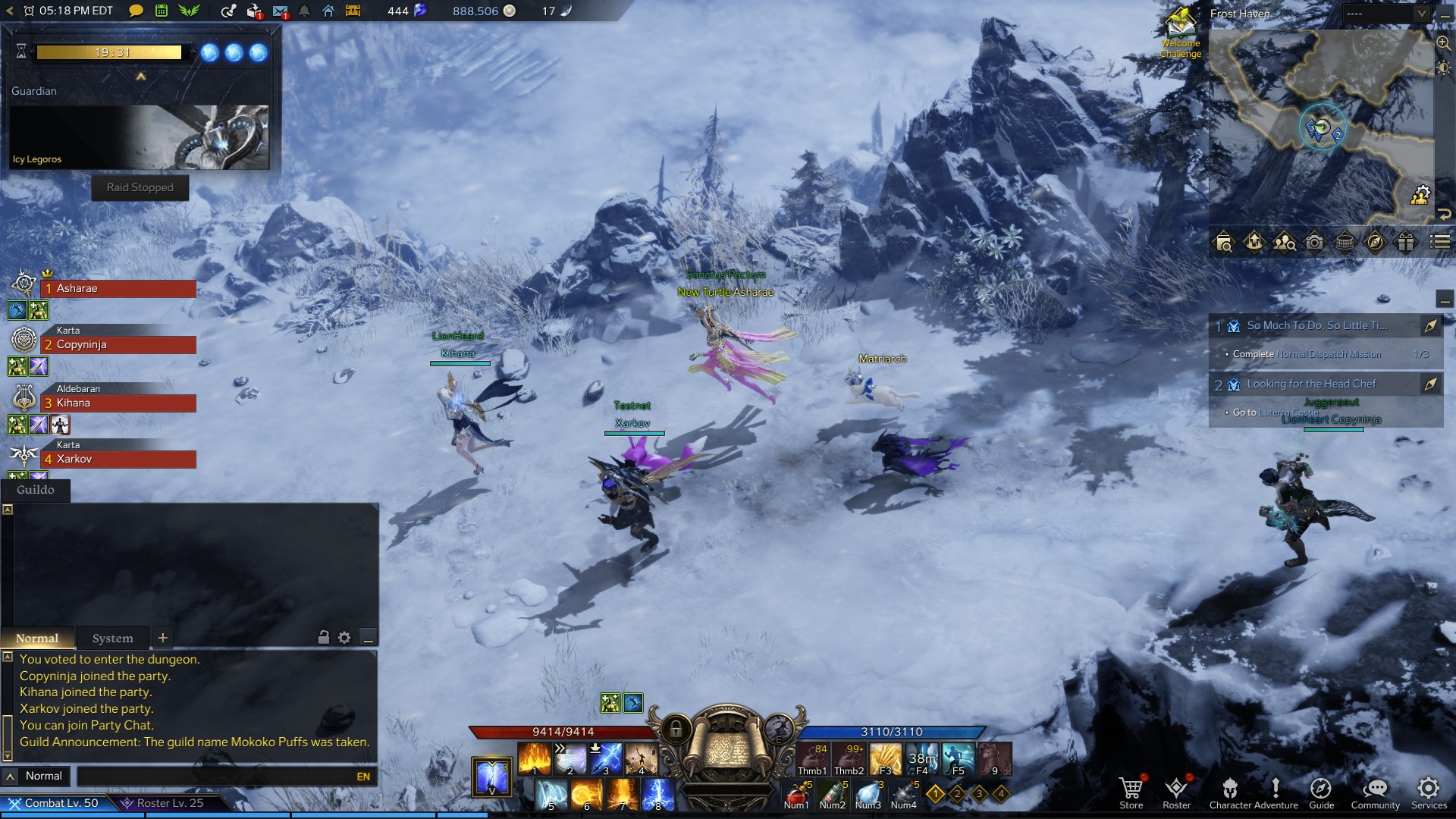 And that’s a great thing because those raids are legitimately fun. They are tough as hell, and they push your understanding of the game and mechanics. I’ve been doing the Argos raids, and it’s got me sweating. And I’ve been making steady progress through my endgame too. With the dailies, catch up mechanics, and with the freedom to progress, the game is designed to get as many players playing the latest content as soon as possible. Unlike in more traditional MMORPGs, whatever gameplay you think of as drudgery is simply skippable if it’s not for you.

The younger audience loves it

My original take on Elyon was that it’d be the game that a younger group will enjoy. But it turns out that it was this game. Lost Ark did what games like Elyon and New World couldn’t and got the younger crowd playing. The same people who play League of Legends are playing Lost Ark. This game isn’t aimed at the grumpy MMORPG vet who peaked during Wrath of the Lich King; it’s aimed at the kids who grew up on Minecraft, League of Legends, Five Nights at Freddy’s, and heaven forbid, Fortnite. For a lot of players, this is their first MMO, and what’s old and tired to us is new and exciting for them.

Some gamers may not want to hear it, but if there’s one thing Lost Ark can teach us about the modern MMO, it’s that online games need to give players the freedom to progress their own way. I hope MMO studios are taking notes.