I don’t know if there’s a marketing term for this phenomenon, but Diablo Immortal did an excellent job selling Diablo III.

Popular streamers all caught the itch and streamed it to thousands. There are YouTube videos discussing whether you should play. And a game that some gamers once saw as a travesty to the Diablo franchise a decade ago has a renewed place in the series with its own re-dedicated fanbase. Even its most passionate detractors (aka Diablo II players) can begrudgingly admit that there’s fun to be had in the title.

With season 27 just around the corner, the D3 community has seen an uptick in interest for this upcoming season. And it’s shaping up to be an exciting season with the addition of the angelic crucible mechanic to supercharge popular class skills like the Wizard’s magic missile and the Barbarian’s whirlwind. That makes this a great time to jump in if you’re playing Blizzard games. Folks trying Diablo III for the first time ever will find one of the most approachable and user-friendly ARPGs in the market, and those who first tried the game back in 2012 will find the game has changed a whole lot.

A great introduction to OARPGs

But while Diablo III does indeed feature (most of) these things, they are secondary and reserved for hardcore theorycrafters. Regular players are able to change builds on the fly. It’s easy to identify which items are better because itemization focused on a set/legendary item’s powers. And most of the gear found in just the nephalem rifts makes hunting for and obtaining the pieces an easy process when put next to Path of Exile, Titan Quest, Grim Dawn, and Last Epoch. While that can be seen as a negative for many of the ARPG faithful, it’s certainly valuable for introducing newcomers to the genre.

This should be a no-brainer, but I wanted to start with this tip because Diablo III is a surprisingly well-balanced game, so there are no bad class picks as there are in rival titles. The developers and the community have been working together a long time now to try to ensure that every class has an S-tier build during the season.

So what defines S-tier in Diablo III? Usually, when we think something as an S-tier build, it outperforms other classes in terms of DPS or provides key buffs that ensures those classes has a spot in a party. In Diablo III, tier level is determined by how far you can get in greater rifts.

Diablo III’s endgame is focused around the nephalem rift and greater rift system. Nephalem rifts are dungeons packed with monsters (and loot) that can take between 5 and 15 minutes to clear. As players slay monsters, a progress bar is filled up, and when the bar fills up, the boss shows up. Killing the boss drops loot and a greater rift key. Using the greater rift key opens up one greater rift. It’s the same thing as a nephalem rift, but it’s timed, and only the boss drops loot. For every level cleared, players can push further rifts. Doing both flavors of rifts is how players get stronger in the endgame. The highest tier is greater rift level 150, and any class that can push to greater rifts levels upwards of 145  or 150 is considered an S-tier class.

The angelic crucibles, a consumable that creates a perfectly rolled version of the item it’s used on while giving a special season-exclusive class power, will shake up the meta for this season. But one thing’s for sure: Every class should still have at least one build capable of reaching the highest greater rift tiers. There was a lot of concern for the Witch Doctor this season, but it’s been given a big buff and might actually shape up to be the best class to do greater rift level 150. So pick your favorite!

There are support classes too

Support classes might seem out of place in the OARPG genre, but surprisingly, Diablo III actually has them, and it actually happened somewhat by accident as the community discovered builds that fill the roles of tank, healers, and sappers through creative combinations of legendary powers. Dubbed Zero DPS classes (zDPS), these builds don’t do damage but provide damage buffs, crowd control, defensive measures, and the survivability capable of pulling hundreds of monsters in the highest tiers of 2-4 man greater rifts. Blizzard has mentioned that zDPS builds don’t really fit in with the spirit of Diablo III’s endgame system, so it won’t be developing any of those builds moving forward, but it won’t be removing said builds either. So if your preferred playstyle is being the backbone of the party, then consider getting the pieces together to have one of these too!

I don’t recommend starting with zDPS because it’s entirely dependent on a party. Instead, I recommend getting a class that can solo push and then farm greater rift level 90 for the pieces.

Challenge rift rewards can go to your season characters

Players who have unlocked challenge rifts by completing at least one solo greater rift can put their rewards towards the current season. The challenge rift in Diablo III differs from the other two rifts in that it’s a different game mode selectable from the game menu. Every week, a random player’s greater rift run will be chosen for the entire community to do. The gear, greater rift layout, and skills are all saved. The challenge is to beat the run and be faster than the original time.

By successfully completing this week, players get a bunch of materials and money through the in-game mail. Because of that, players can receive these rewards from any character, even a freshly created character on the newest season. This provides enough money to level up the blacksmith and mystic to the max level and create a class-specific legendary item. Players won’t be able to use the item, but they will be able to transfer the power into Khanai’s cube, Diablo III’s own version of the Diablo II Horadric cube, so that the power can be used even though the item isn’t equipped.

Adventure mode is now available to everyone

Diablo II has two main modes: the story mode and the adventure mode. Story mode is self-explanatory. But adventure mode is an endgame mode that opens up nephalem rifts, bounties, and every area in the game for exploration and treasure hunting. Basically, it’s been the best way to play the game for years.

But in the season 27 patch, adventure mode will be available to everyone, so even players who stopped playing on May 16th, 2012, will have access to this mode and can begin their demon-killing and treasure-hunting in the same spot as everyone else.

There is no cow level 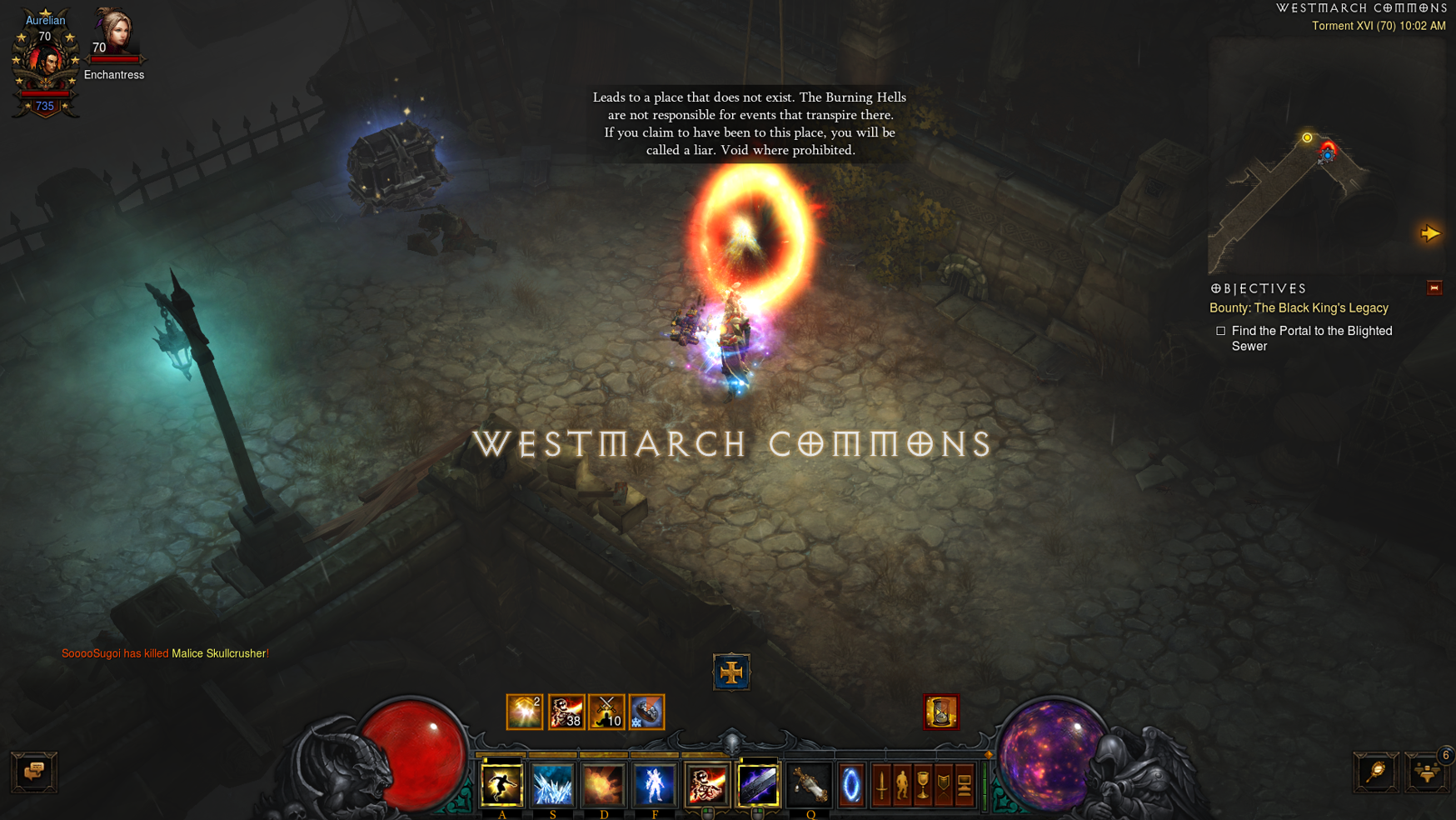 There’s an MMO born every day, and every game is someone’s favorite. Why I Play is the column in which the Massively OP staff members kick back and reminisce about all their favorite MMOs. Whether it’s the new hotness or an old fan favorite loaded with nostalgia, each title we cover here tugs at our heartstrings and keeps us coming back for more.
Activision-Blizzard is considered a controversial gaming company owing to a long string of scandals over the last few years, including the Blitzchung boycott, mass layoffs, labor disputes, and executive pay fiasco. In 2021, the company was sued by California for fostering a work environment rife with sexual harassment and discrimination, the disastrous corporate response to which compounded Blizzard’s ongoing pipeline issues and the widespread perception that its online games are in decline. Multiple state and federal agencies are investigating the company as employees unionize and call for Bobby Kotick’s resignation. As of 2022, the company is being acquired by no less than Microsoft.
Advertisement