A new year, a new batch of survival games! Yes, the genre has become so popular that one guide, no not even two guides could contain all of the survival goodness. More keep cropping up. I certainly can’t say as I mind, since this is the style of game that has been giving me the feeling of having an impact on my environment. And it’s not all the same collection of zombies, although there is still plenty of that. It is interesting to see what new takes developers are bringing to the table. Want to do a survival reality show? There’s a game for that! How about living like a viking? Yup. What if you want to be the psychotic killer that survivors are trying to, well, survive? Got you covered. Fell like upping the ante and surviving via VR? There are a few of those available.

If you are looking for a new survival to sink your teeth into, here’s the addendum for some newer games in development as well as some newly discovered ones since the last mega double guide. Note: This collection will be a mix of multiplayer and single-player titles with some uniques thrown in.

In a unique twist, the player is a dinosaur. Start as an egg and survive to adulthood. Open world with AI that interacts with players based on needs. World reconstructed with help of professional paleontologists.

Set on frozen shores of a mysterious island, players work to uncover the dark history of the place while trying to survive harsh elements and hostile creatures. Single-player, multiplayer, and co-op modes.

Set in Arabian desert during WWI. An infinite procedurally generated desert to explore with different looking terrain, events, enemy encounters, and items to loot every time you play. Can visibly gain and lose weight. Includes weather system, authentic military vehicles, and quests that you can take from the locals.

Set in a forest filled with predators — that can also be tamed! Build small forts all the way up guild castles. Isometric view.

Self-described as “built for hardcore gamers,” it is a survival FPS. Includes procedurally generated vehicles. Claim land either solo or with friends and build anything from a hut to a city. Twitch based PvP.

Set in the future, blends blends sci-fi and fantasy themes. Self-described as “not a typical survival challenge type of a game”; survival elements are backdrop to complex crafting system that requires individual production of every single part of the final product. Can farm. Also has portals to other dimensions and times. Character ages and dies.

Want to survive in a reality show? Here’s your chance. Each match players take on a specific TV persona (characters are set but clothing can be customized) and dive into a fully “televised” fray. Viewers outside the game — as well as those defeated within the match — can actually watch the action and emote with applause, boos and the like. Awards go to fan favorite and more.

Single player only. You survived a a plane crash somewhere in the pacific Ocean, now you must survive what comes next. Procedurally generated world with different scenarios make for a new experience each time you play. Dynamic weather.

Mutants? Weather? Other people? You’ll need to face all that to survive in this nuclear war-ravaged landscape. Partial controller support.

Set in an imaginary country in Eastern Europe where toxic fog contaminates many areas. Besides surviving the elements, players can have shootouts with NPCs and earn reputation. Reputation gives players the chance to join various factions of survivors, each with its own features and limitations. Single-player and multiplayer options, as well as PvE mode. 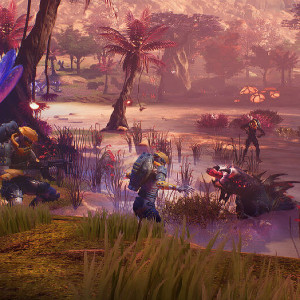 Outpost Zero
Launch: 2018. Alpha sign ups: Everyone who signs up for gets to participate in alpha for free.
Available on: PC

Everything’s better with robots! Although multiplayer, players also get to utilize AI: Colonize a hostile alien planet with the help of a fully functioning society of AI robots. Build a base, mining outposts, automated factories, and have AI defend them all. AI squadmates will also fight at your side.

Unlike free-for-all survival games, this is a 4v1 game where one player is the killer while the other four are trying to escape brutal death at the hands of the one. Does not appear to have survival elements of food/water etc. Environment changes each time you play; each level is procedurally generated. Killer plays in first person, survivors play in third person. Multiplayer, online multiplayer, co-op, and online co-op modes all available. Full controller support.

Played as matches with groups up to four, must utilize harvesting, collecting, crafting, and building on the fly to fend off waves of zombies. No food/water mechanics.

State of Decay 2
Theme: Zombies
Launch: 2018
Available on: Will be available on Windows 10 and XBox One (will require Live Gold sub)

Build and play as a whole community of individuals by yourself or in four-person co-op group. Manage relationships and goals of survivors, even elevate favorite survivors into leadership roles.

The life of a Viking is tough, but Vikings are tougher. Live (and die) like a Viking. Explore, hunt, and raid other clans in a world based on Norse mythology. Discover artifacts to gain favor with the gods. Features quests created by bestselling author Giles Kristian.

Exclusively on VR, puts players in the midst of a zombie apocalypse near the Grand Canyon. Weapons have realistic movements.  More a first person story mode with free exploration, but does allow co-op multiplayer with friends in co-op campaign mode or multiplayer horde mode for up to four players. Requires virtual reality headset. 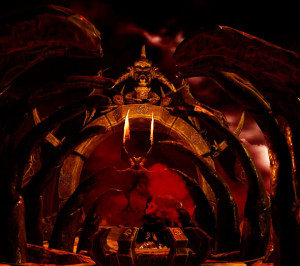 Dead Maze
Launch: Early 2018
Available on: Will be on Steam

A 2D isometric game filled with zombies set in modern day. Is cooperative: Can only help (not hurt) other players. Scavenge to find weapons (even teddy bears count!), improve your camp, and work to restore civilization all while managing hunger, thirst, and fatigue. Players can discover the narrative of the apocalypse.

Has three game modes: battle royal, survival, and open world. Touts it is developed “based on community feedback with constant updates & changes.” Survival mode’s where gameplay and loot are influenced by the old Infestation series, also released under the title The War Z.

Focused on teamwork and cooperative play, fortification building and strategy. Devs caution that currently many features are missing, and many features need balancing. Will have cross-platform multiplayer.

A six-player co-op experience as well as new 12 player survival mode where players can be the Zed (zombie creature).

Catch up on all our Survivalist guides right here!

The Survivalist: Massively OP’s guide to multiplayer survival sandboxes - Welcome to The Survivalist! Ya'll might have noticed that I have gravitated a bit from my happy home of deep, immersive virtual worlds (possible due to the lack of them!)…

The Survivalist: Another year, another Survival Game guide - A new year, a new batch of survival games! Yes, the genre has become so popular that one guide, no not even two guides could contain all of the survival…