If there is one thing that MMORPGs are able to do regularly and impressively, it is to give us a sense of massive scale. Whether it be mind-boggling crowds of people, gigantic cities, expansive wildlands, or plus-sized critters, bigger is often seen as better in online games. But is it possible to capture that on camera?

Our readers seem to think so, and Hikari kicks us off with this crazy picture of people running toward something that would give Godzilla nightmares.

“Black Desert does a great job of providing a sense of scale, whether it be the monsters or the world itself, everything looks broad and large,” said Hikari. 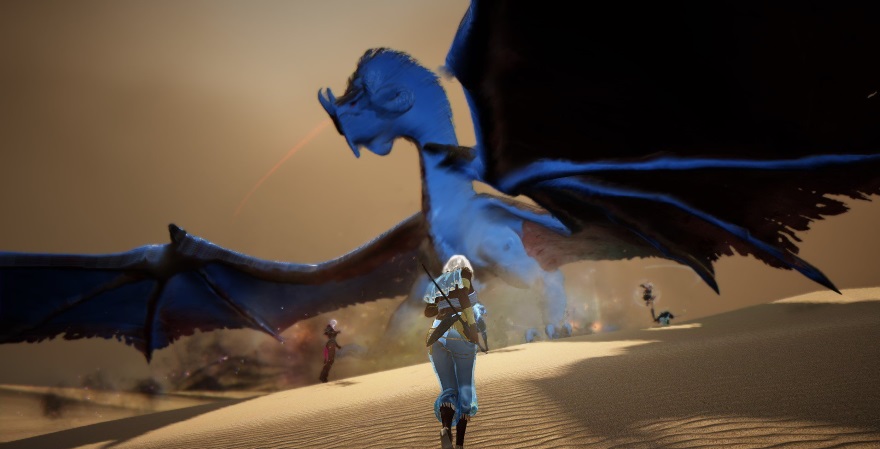 “Many places in LOTRO give you a sense of vast spaces and truly massive creations,” posted Katriana. “Here is the view out from one of the high points in Galtrev in Dunland, which really gives you the sense of being able to see for miles.”

It’s always impressive when you can look far, far away in a game — and then know that it’s possible to go from here to there. 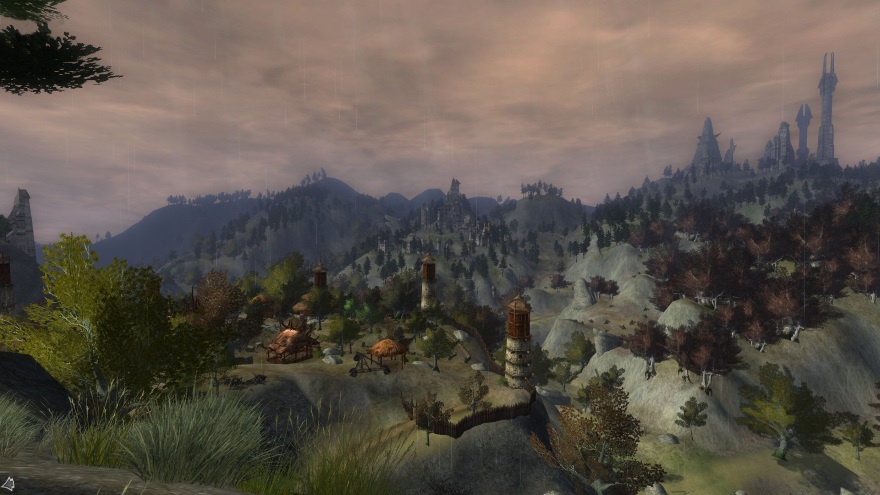 Evil Blood Elves and their dorky ostrich mounts aside, I’ve always loved World of Warcraft’s Eversong Woods for a striking autumnal beauty that feels fantastical at the same time. Utakata recently went on a “magical mystery tour” through the woods… and she was never the same again. Probably grew another pigtail or something. 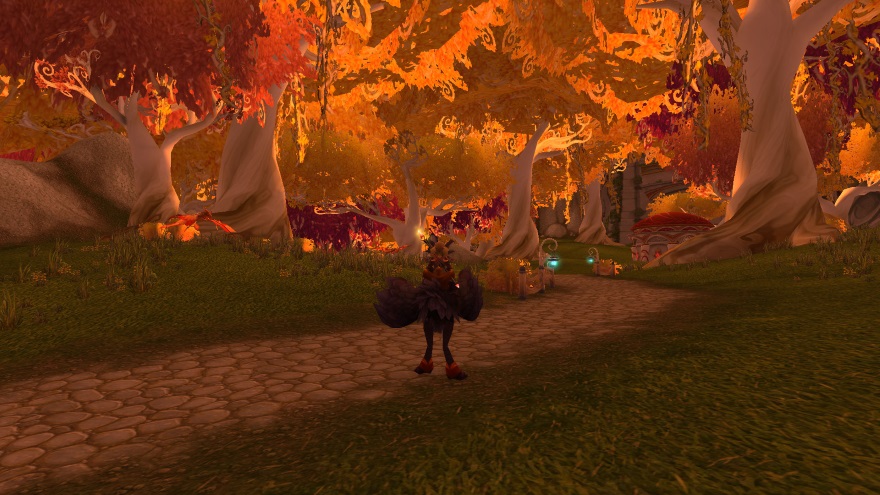 “Here’s your sense of scale!” posted François. “The Empire’s mighty, god-like reclaimed tool from a prior age, which it intends to use to subjugate Eorzea, is about to be taken down by a pick-up party. My character is the lance-wielding Dragoon in blue. This is at the end of ARR’s main storyline in FFXIV.” 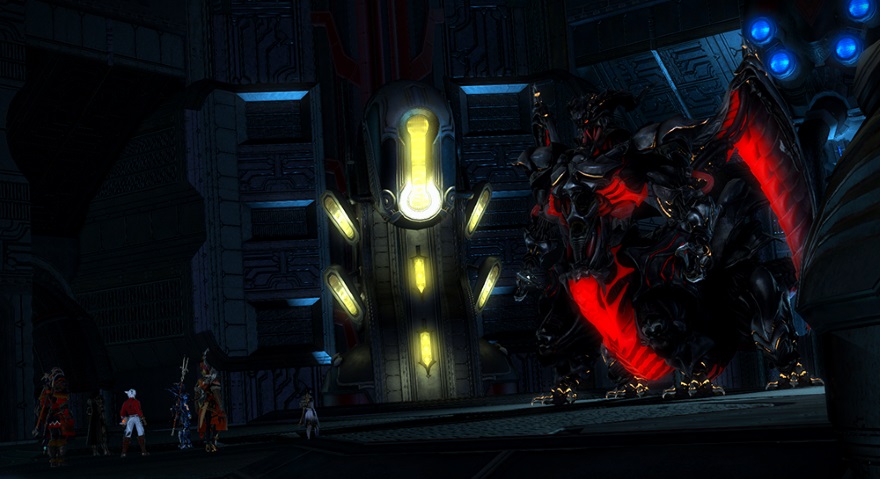 Perhaps the winner of the unofficial “Make Justin dizzy” award this week is Miol, who turned the camera lens to the sky in Guild Wars 2 for this incredible shot.

“Ever since Labyrinthine Cliffs, Anet’s map artists have kept on proving they have mastered the art of verticality,” Miol gushed. “Always making me stop and be just in awe! 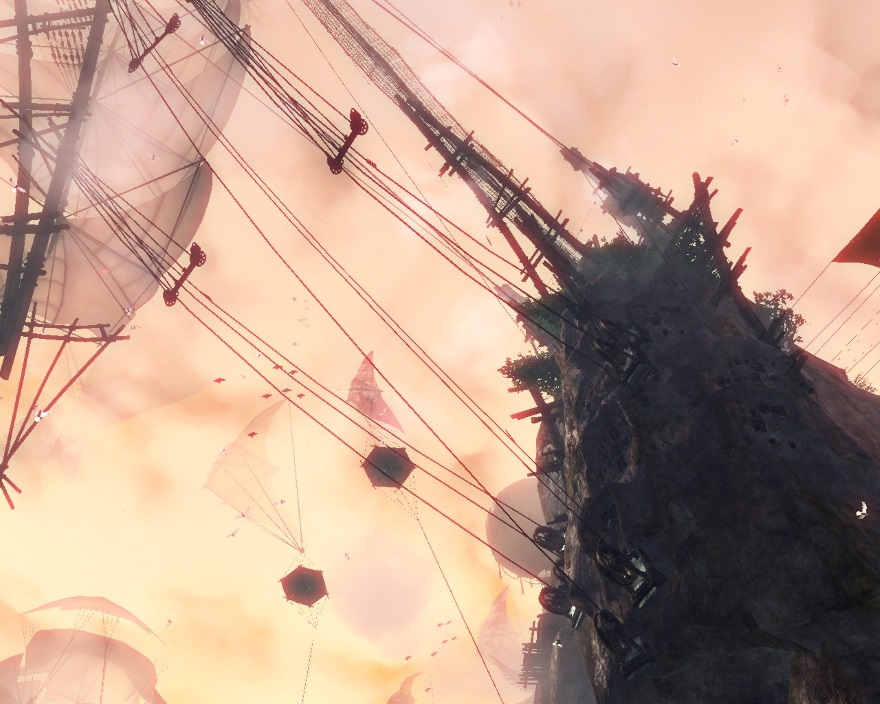 In my own pic for this week, you can see my SWTOR Operative stepping out onto a war-torn Voss for the first moments of the Knights of the Eternal Throne expansion. For this week’s screenshot challenge, let’s see your first looks — whether it be at a game, an expansion, or a particular place. Ever been so impressed at the very first glimpse that you took a pic? This is the time to post it! 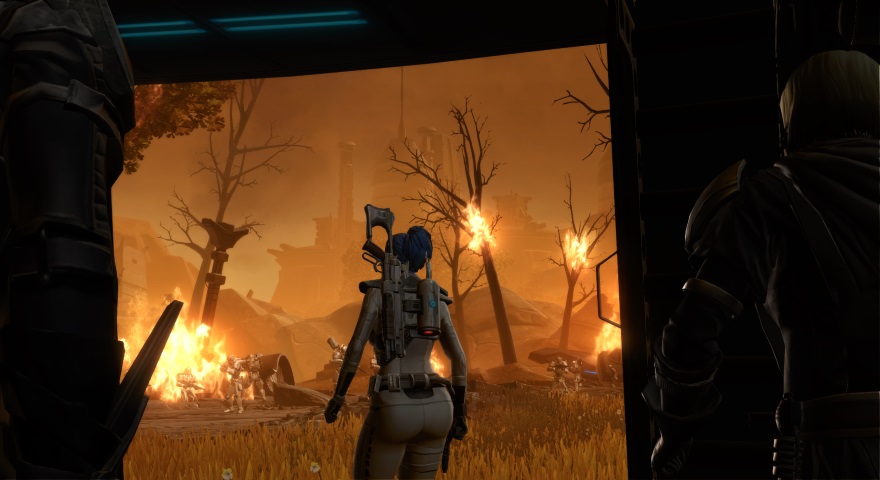