I am not above indulging in a little universe window shopping now and then. NASA’s pictures of the universe might be touched up with extra colors and star destroyers for effect, but even so, the majesty is breathtaking. I’m glad that those developers doing space MMOs try to put in the effort to make spacescapes seem just as vibrant and picture-worthy.

Ben sent in this postcard from EVE Online: “Following your call for more Halloween event screenshots, here’s one from EVE Online’s Crimson Harvest event. Here’s my pilot Khorghast in the Phantasm-class cruiser Out for Blood fighting a few Blood Raider Cruisers in a Blood Raider Gauntlet site in the Badivefi system within the Khanid region. The nebula in the background is one of my favorites in the game, which is why I love roaming through the Khanid, Kor-Azor, and Tash-Murkon regions during these special events.” 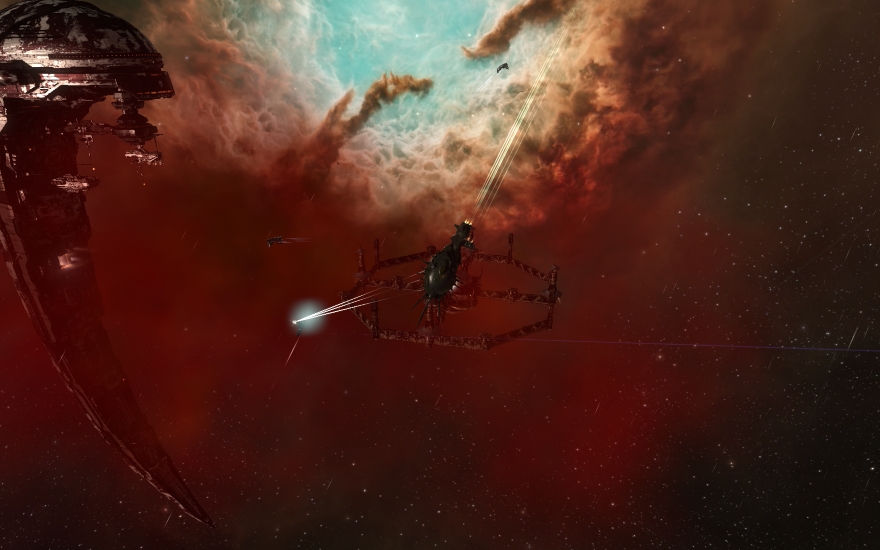 This past week I found out that I will be oh-so-gently corrected if I misspell Mystyrys’s name. Also, I discovered that if my Scrabble team allows for proper nouns to be played, I’ve got the winning entry at the ready.

“I loaded into Freeport in EverQuest II and my pets had loaded in merged on top of each other,” Mystyrys said. “It’s a SpiderCat! Kinda freaked me out for a minute! My char is the little pink glowie with black wings, an Arasai in Unseelie illusion form.” 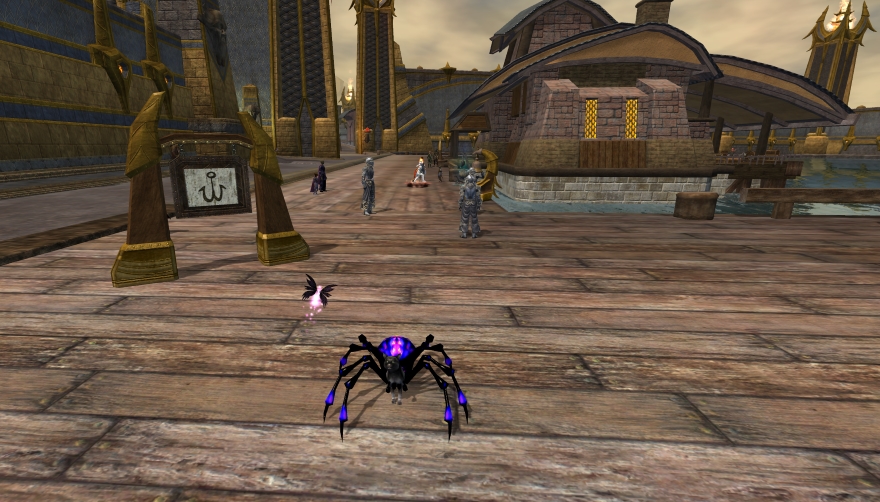 Want to see the most terrifying thing ever that somehow takes advantage of one of the dumbest news stories of 2016? Hugmonster found just this in Guild Wars 2 — and he categorically denies that this is, in fact, his own character. 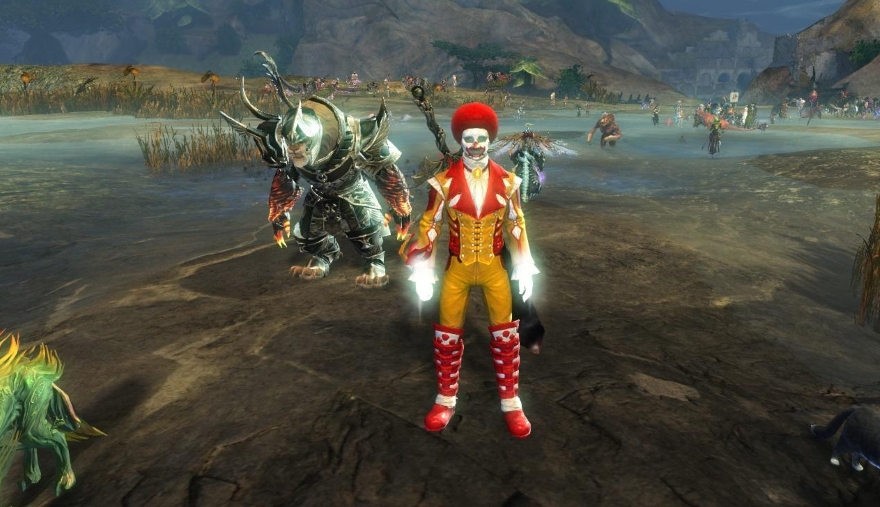 “The Headless Horseman is so concrete a known lore figure in World of Warcraft that he is as popular as Santa at Christmas time, sort of,” JudgeDavid101 wrote. “No year should go by if you still play WoW and try not to miss a trip to the Scarlet Monastery to see good ol’ HH. Plus the mount dropped last year for me so I managed to bag a few bits of gear for this Hallow’s End instead.” 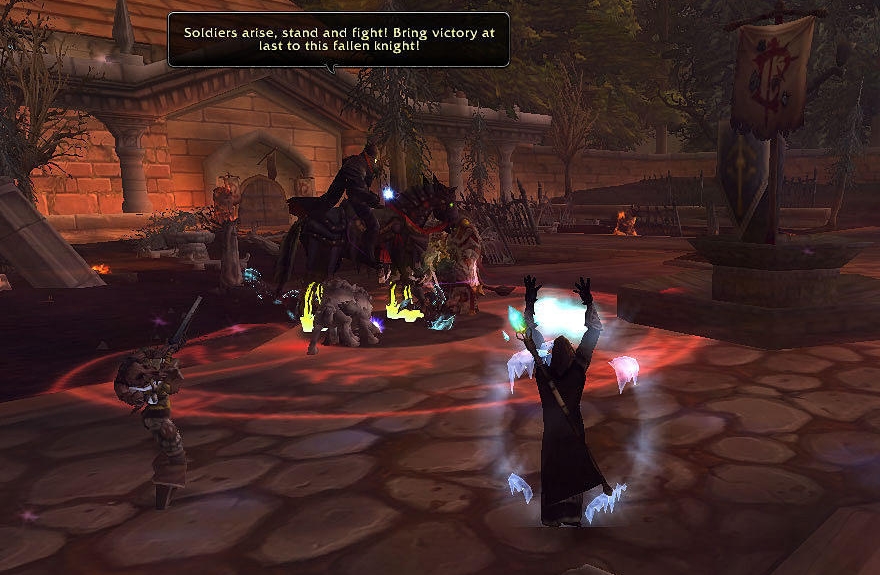 JonBuck has a question to ask you from Star Trek Online: “So, what happens when you cross TRON and Klingons?”

You get a nasty case of Tringons, which can only be alleviated by generous applications of a topical medicated cream. No, I don’t have this any more, why do you ask? 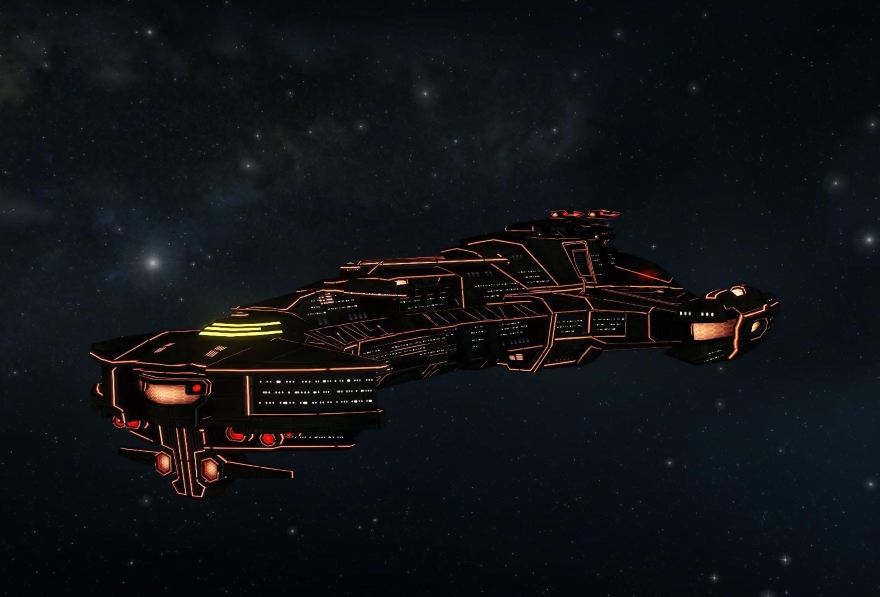 I notice that I am forever striking poster-worthy poses in MMOs and trying to take the best screenshots of my character. So why not strike a pose for our screenshot challenge this week? Let’s see your characters look all brave, heroic, and not at all piddling their pants at the sight of the raid boss down the hall.

WoW Factor: Dissecting the drips and drabs from the Shadowlands reveal stream

The Cycle brings around Season 3 with a new hub and...

The Crew 2 adds movie-themed events and new vehicles in the...