Whether you love it or dread it, April Fools’ Day is happening everywhere, specifically to annoy copyeditors who have to fix that dang apostrophe a hundred times. And nowhere is the day more celebrated than in MMOs, where devs just love subverting your trust in their virtual worlds with pranks. Here are some of the best ones we’ve found in our searching today… so far!

Guild Wars 2 has gone to the dogs, literally. Lion’s Arch has been taken over by doggos who need some scritches. Yes, there’s stuff to do, achievements, and minis. There are silly patch notes to go along with it.

Everyone knows that cats are beings of enormous power and unfathomable wisdom, but where should a hero turn when might and mystery can’t soothe their weary heart? You may find the answer in Lion’s Arch…and it would appreciate a scratch behind the ears. https://t.co/xfiTDZOW0k pic.twitter.com/eyYvZIMJa3 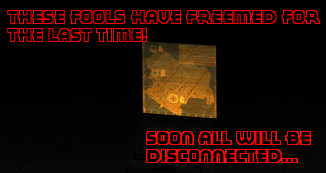 City of Heroes’ Homecoming’s events actually began last night with Mapserver Madness; it runs through Tuesday: “Assembling the most terrifying, under baked, and volatile code it could conjure, the Dreaded Mapserver has assembled a violent army of glitches, bugs, broken scripts, and other abominations to attempt to wipe out all life as we know it! It is up to the brave players of our world to rise and combat the sentient Dreaded Mapserver, drive back its wicked and unstable minions, and to exterminate the fiend’s sentience with a hard reboot!”

Diablo has rebranded. I mean, we’d play it?

Is this game bringing back good memories or triggering childhood trauma to you?

Now you can explore Harth with a Twist!

Jump on those runes stone attributes, fight against your rivals, and try to survive one of the biggest challenges of the 21st century: Elyon Twister! 🌀 pic.twitter.com/9nfsDV8QGx

By popular demand, here’s a little something we’ve been working on… 👀 🦌 #Valheim pic.twitter.com/FSNLIyYSqv

You asked, and we listened! As classic renditions of MMORPGs become more coveted, we wanted to ensure all Pantheons fans got the quintessential raw experience, so without further ado, introducing Graybox Classic. pic.twitter.com/lDyQnMT5vK

World of Warcraft announced Patch 9.4: Beyond the End of Infinity: The Final Everything Beginning Forever, complete with the Basilica of the Perdurable Vaingloriousness raid, Recursive Perpetuity dungeon, and Tinker Leaker class. Also Beekeeping. As always, the patch notes are worth a read.

SMITE introduced a new battle pass made “entirely with machine learning.” It looks exactly as bad as you’d expect.

After spending 💰trillions of dollars💰 on Machine Learning research and development, we have finally produced our absolute best Battle Pass. We are excited to present it now! pic.twitter.com/UANWxoW6Ka

The Jester’s Festival has returned to The Elder Scrolls Online.

Grab your Dazzlers, #ESOFam. Jester’s Festival has officially arrived in Tamriel! 🎆 Here’s how to get started on your mischief making: https://t.co/Hbr7D3iV1o pic.twitter.com/SODLTE3Sn2

Overwatch has brought back its googly-eye prank, which never stops being funny.

“Everything is going to hell in a henbasket and Earl the Chickenmancer is flocking to you for help!” Neverwinter declares, having begun April Fowls.

Everything is going to hell in a henbasket and Earl the Chickenmancer is flocking to you for help! April Fowls begins this Thursday! https://t.co/XwaO9I0LdE pic.twitter.com/ZbuZPeJ6mg

Enlisted invites you to kill nazis on the moon.

Original-flavor EverQuest and EverQuest II are both in the midst of Bristlebane Day celebrations.

It's once again time to embrace the silliest holiday in all of Norrath! Let the mischief and trickery begin as #BristlebaneDay returns. Details here: https://t.co/8QmCNS5nfv pic.twitter.com/HLaXDGg4QW

Skyforge’s pranks are always so subtle that it’s not clear they’re pranks, but this year’s involves a floating, glowing corg that looks like a storage container.

She's back. Did you miss her? pic.twitter.com/WoswpIjwdc

Profane went over to the dark side with NFTs. (Not really.)

We woke up today feeling like it was a great day to make a special announcement for you:
INTRODUCING THE 💸 NFT WINGS 💸!

The 💸 NFT Wings 💸 are a special item we are adding to Profane to turn it into an even 💰 richer 💰 experience! pic.twitter.com/87kyTSl4Ud

There seems to be some foolery about! We've documented the goings on here in this thread! https://t.co/eRiSdXpaLL*#StarWarsGalaxies #SWGLegends pic.twitter.com/m2HEi1FFi2

Guild Wars 2 content creator ThatShaman has outdone his past prank games this year with Flappy Bot! 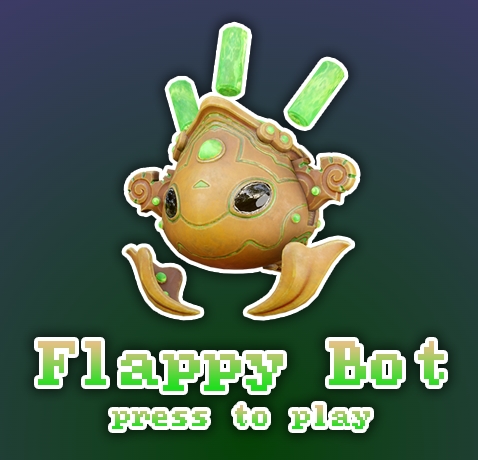 🥸No Joke!🥸
Celebrate #AprilFools with the NS SQU-34K hammer. Be sure to wear your Harlequin Camo while driving into the sunset with Random Roll trails available in the new Jester Bundle.
The Jester Bundle arrives tomorrow 4/1. #PlanetSide2 pic.twitter.com/ei5BAqUItJ

Introducing the all new Barrel of Fun Mount. Not only does it supply a 40% speed boost, but also offers a second spot for your best pal! Hurry though – this mount will be rolling out of the Crown Shop on May 1st, 2022. https://t.co/8l0cZJYoln #Pirate101 pic.twitter.com/bgxNeWdy1x

I’m not sure what the heck is going on in Conan Exiles, but I think I like it.

Update 2.9.9.9 is rolling out, featuring much-requested improvements to bicep numbers and hotdog vendors.

Luxion has returned to Trove for the weekend.

🐲 Luxion lands in #Trove and this is no #AprilFools joke! 😳

Prepare for #Bunfest with Bunsly & Flopsy as well as many other gorgeous items! 🎁

Which mount are you getting first? Let us know 👇#MMO #gaming pic.twitter.com/M1F2hvTKss

Champions Online has once again been beset by Foxbatcon, the best-worst celebrity hero ever.

New World isn’t doing a hard April Fools’ Day event, but it’s running a character and weapon point-doubling event all weekend. This… honestly may be more useful than most other events.

Clear your schedule from April 1 – April 3! This weekend, all character and weapon earned points are DOUBLED!

Got a friend who needs to level up? Tag 'em in the comments!

Guild Wars 2’s Super Adventure Box is back in today’s patch - So who's up for some retro jumping puzzle fun? Guild Wars 2 is, and if you're angling for a break from the apparently hugely successful End of Dragons, you might…

Massively on the Go: Here’s to hoping for proper Pokemon Go pranks in April - If the earlier mention of Niantic wildly and disappointing experimenting with a shorter, stationary incentivized Community Day hasn't scared you off, then maybe Pokemon Go's April offerings will appeal to you. After…

Neverwinter’s ‘April Fowls’ returns with chicken raids and Poultry vs. Poultry fights - It's April Fools season (?) in the MMO world, and for Neverwinter, that means an outbreak of frisky poultry. Yes, it's "April Fowls," a wide-ranging event that starts on March…

The Daily Grind: What’s your favorite MMO April Fools’ Day gag from past years? - Yes, that subtitle is telling the truth! Massively Overpowered has been bought out by a blogging conglomerate and will be rebranding into Massively Overpawered, your home for all the MMO…

The Perfect Ten: 10 MMO NPCs as muffins - You’ve all seen those memes or Twitter threads that try to link celebrities or people to food items or other inanimate objects, but I’m not sure that there’s been anyone…

April Fools’ Day around the MMO world, 2022 edition - Whether you love it or dread it, April Fools' Day is happening everywhere, specifically to annoy copyeditors who have to fix that dang apostrophe a hundred times. And nowhere is…

We’ll be updating with more throughout the day. If you spy anything we didn’t catch – and there’s bound to be some – drop ’em in the comments for everyone to see!

Yes, it’s true! MassivelyOP is now Massively Overpawered, bringing you all the important MMO news you could ask for along with cute animal videos that have nothing to do with the news! Well, some of them might have something to do with it. MMOs add cute pets sometimes. The important thing is gawking at cute videos! Let’s focus on that instead of getting bogged down in details.