When magic meets magic, does it shake hands? Give each other a hearty fist bump and catch up on old times? Or does it create friction and fireworks? Always seems to do the last one, doesn’t it.

Pid is making magic in Elder Scrolls Online as of late: “I stayed away from ESO since beta in 2014. There were many flaws and bots/hacks that drove me away. When I heard that it was MMO Game of the Year 2015 at E3 curiosity drew me back into it and now I’m having a blast — much like those two blasts shown in this pic.”

We’ll provide the visuals for you for free, but you’re going to need to generate your own sound effects to go with the screenshot. May we suggest clapping your hands and shouting, “KA-POWEE?” 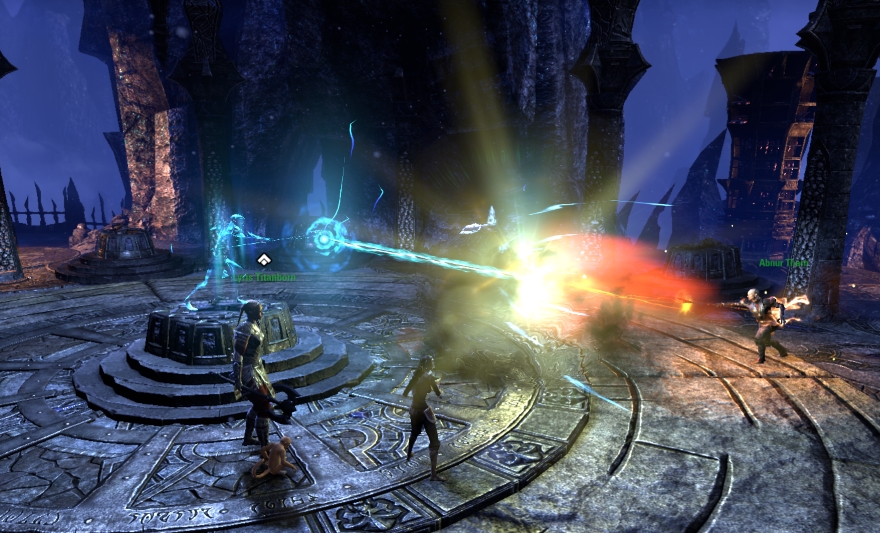 “Who says EVE Online is only ‘Spreadsheets in Space?'” Mailvaltar asks. “While it’s true that most of the time players have their cameras zoomed out too far to actually see the beauty of this game (necessary to have an overview about what’s happening), sometimes you only have to turn off the UI for a moment to get a marvelous view.

“I’m right in the middle of this battle between various fleets in the star system Aubenall. You can see the massive wreck of the Astrahus class citadel on the bottom left, so we (the attackers) obviously reached our goal. I had to warp out twice to avoid my ship’s demise, but always turned right around, back into the fray. This is what I play and love EVE for.” 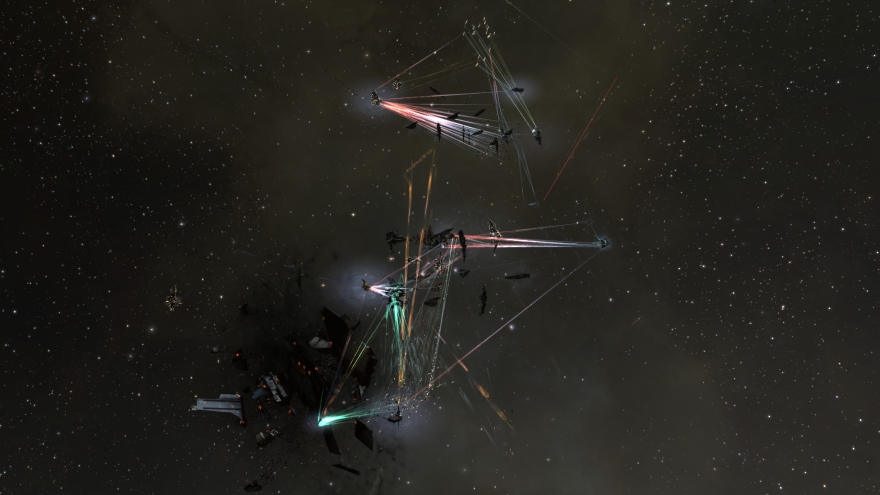 Tyler sent in this quirky shot from The Secret World: “During a match in El Dorado, it became all too clear that the Dragon had no chance of winning, or even making second place. So I decided to lighten the mood by busting out my boombox and playing some tunes. Unfortunately, despite my taking up a position a safe distance from the battle and making no attempt to fight, the enemy players saw fit to horribly murder me anyway a few moments later. Templars have no sense of humour.”

Hey, yes we do! We’re just more stuffy about it. 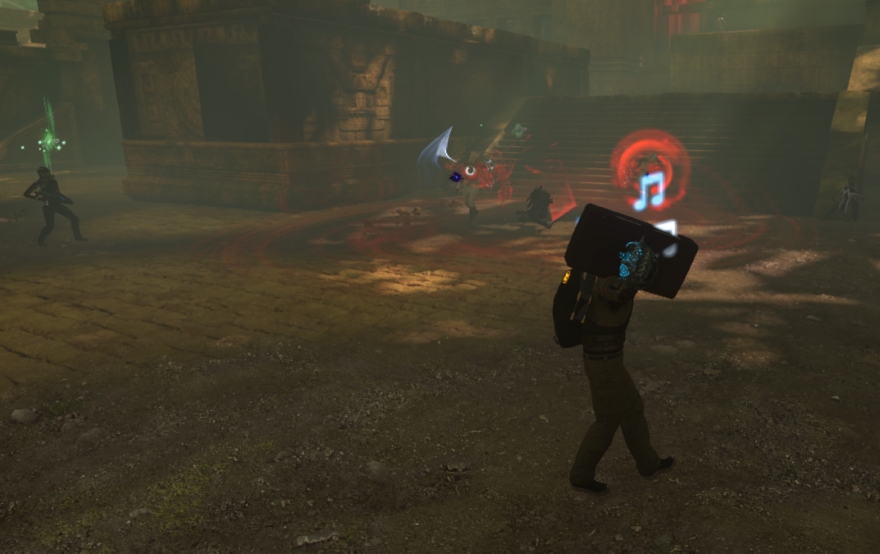 I want to say that this picturesque beauty is from TERA, but please feel free to correct me if I’m wrong. So what’s the subject?

“Elf butts!” Qarran explains. “Well, sort of. I’m going with my own version of Elf butts this week as I’m tired and unmotivated. Oh, and these few caps don’t have any Elves either. So, just butts then. This guy is literally ass-backwards. His belly is a big butt.” 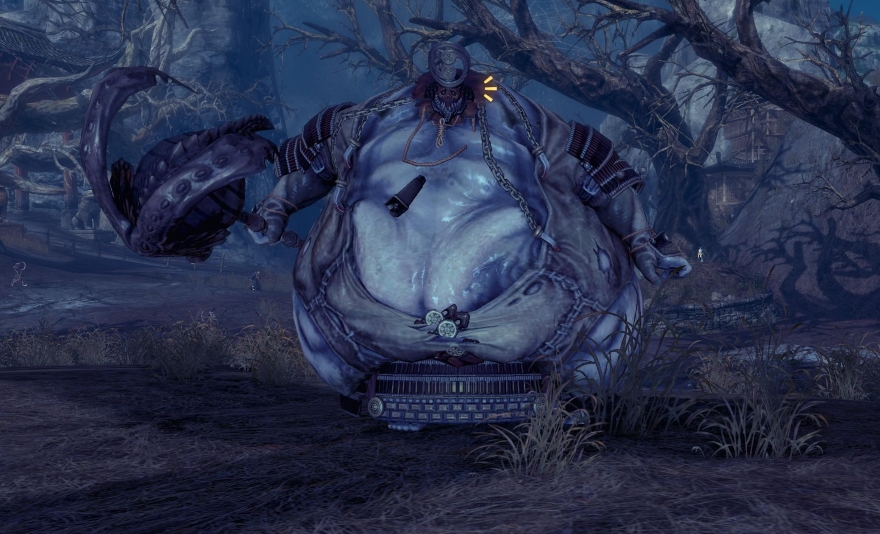 Reader Amorey posted the following picture in honor of a momentous return to Landmark. Yes, ’tis true: Some people are actually playing this sandbox MMO — and looking fabulous while doing so! 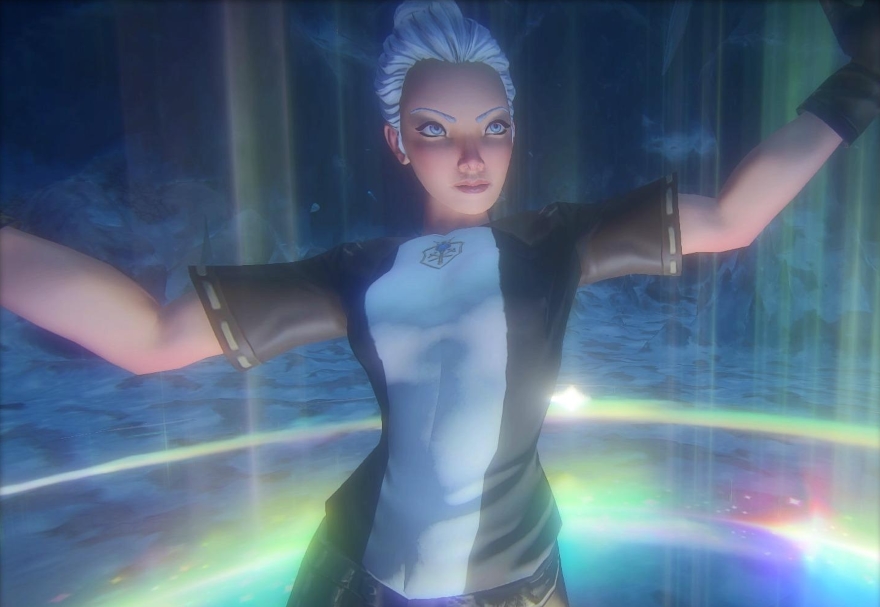 Do you have some pride in your favorite fantasy race? Then show it off! This week’s screenshot challenge is to feature the race that you usually play in your MMOs. What do you love about it?

And as always, continue to email me in those screenshots — the stranger, the better!

Habbo Hotel developer Sulake is fully bought out by gaming and...

Neverwinter shows off its upcoming rewards from the new Sharandar campaign