This week in MMO crowdfunding, it’s been superhero insanity, and I don’t even mean City of Heroes. We got updates from Ship of Heroes and Heroes and Villains, but also City of Titans. In fact, the Titans crew dropped some exclusive screenshots our way, showing off an enemy costume mid-way through design just ahead of the game’s appearance at Norwescon in Seattle this weekend.

“It’s for an NPC mob, so it’s not as nice as player costumes, and it’s got a generic face, no hair because we’re working on the costume,” Missing Worlds Media’s Chris “Warcabbit” Hare told me. “But we are going to try to have male and female for most minions that aren’t robots or whatever.”

Finally, Oath‘s Kickstarter is actually looking good: It crossed its crowdfunding ask this week and seems on track to pull in a bit more in the next 11 days.

Read on for more on what’s been up with MMO crowdfunding over the last week, plus our roundup of all the crowdfunded MMOs we’re following! 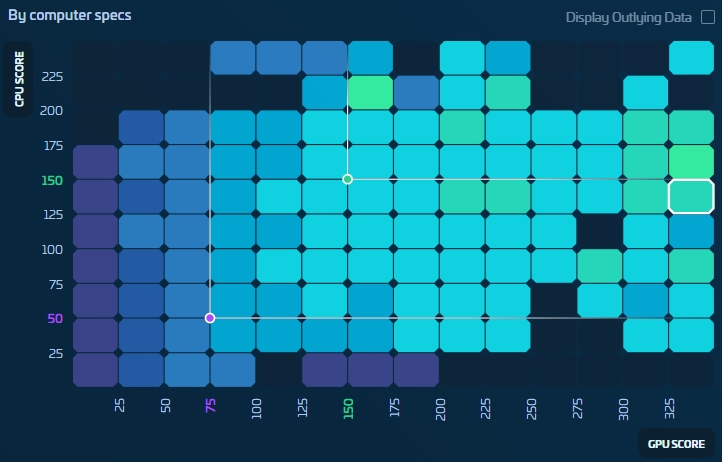 Ship of Heroes says it’s gonna have the ‘best UI in the galaxy’ - While the superhero MMO community is buzzing about City of Heroes, serious work on its legal and modern spiritual successors continues, including Ship of Heroes, which has just pushed out…

Fractured’s second Alpha 1 test brings more housing, a new biome, and spiders this June - By all accounts, the first Alpha 1 test for Fractured was a solid success, barring minor annoyances and login issues. So now it's full steam ahead for Alpha 1 test…

Elite Dangerous announces plans for monthly in-game events and changes to the new user experience - Personally speaking, my own delve in to Elite: Dangerous for Choose My Adventure showed a game that definitely has more going on just beneath the surface I got to scratch,…

Crowfall outlines revisions to its death system ahead of update 5.90 - Dying is inevitable. Not just in the greater universal sense, but specifically in Crowfall, a game that features PvP battles where factions of players are trying to hold territory. The…

The Stream Team: Another journey into Albion Online - It has been quite a long time since Massively OP's MJ has adventured in Albion Online. In fact, it's been so long that even character creation has changed! With the…

Heroes and Villains works on crafting story, villain content, and sewers - It has been some time since we last checked in with Heroes and Villains, perhaps the most overlooked of all of the City of Heroes spiritual successor projects. But superhero…

Albion Online announces Outland map expansion coming next month - Last month, Albion Online dev Sandbox Interactive announced that it is working on a massive overhaul of the game's Outlands map, which will substantially increase the size of the world,…

Star Citizen patch 3.5 is now playable for all, including playing as a lady - At long last - seriously, it's been weeks of delay - everyone can play a female character in Star Citizen. Everyone who can play the game at all, that is,…

Albion Online makes Silver shrine buffs more powerful and kicks off the Rites of Spring event - Albion Online is getting in to the spring spirit with the usual Easter-themed shenanigans, but that's not the only thing that's happening in the latest patch. Players are also getting…

Crowfall details adjustments incoming for a more player-shaped siege window system - The whole point of having a PvP system with captured land and territories is to spark interesting PvP battles between players. If you can just waltz in and capture an…

Pantheon’s newsletter teases Project Faerthale development progress and previews the North Tusk Orcs - The folks at Visionary Realms are still chugging along on Pantheon's Project Faerthale, which aims to provide testers with their first glimpse at the cohesive Pantheon experience with all of…

Shroud of the Avatar opens up a player decoration contest with a player-owned town as the top prize - Who likes playing interior decorator in Shroud of the Avatar? A new contest for the game's community is asking you to do just that, with players getting the keys to a…

Yes, some crowdfunded MMOs most definitely do succeed. But others crash and burn, and you need to hear about the whole spectrum of games that sought your money early in exchange for the promise of input and transparency. And that’s exactly what Make My MMO does every Saturday. Help us keep ’em accountable, would ya?
Advertisement