If you ever find yourself at a heavy metal concert where most of the crowd is made out of bestial cat-things, trust me: Don’t crowd surf. You’re going to end up with unintended acupuncture if you do so.

I’m not sure if Miol is full of holes now, but this Guild Wars 2 concert seemed worth the pain: “It’s been a year since concerts were safe enough, so a concert in your favorite MMO is the next best thing! I must say Anet’s devs really outdone themselves on this one! The three Metal Legion songs were produced by Stan LePard, who sadly passed away recently.” 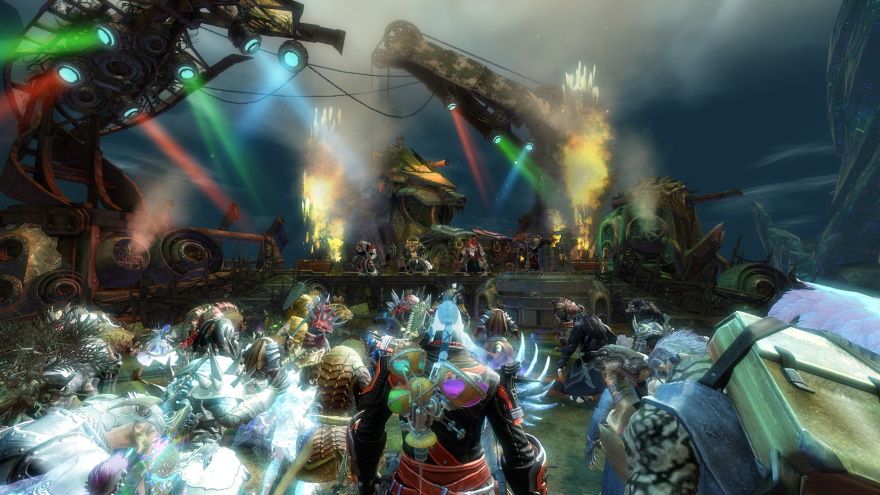 And now we turn the channel to Late Afternoon Bird Watching with Nigel Chambers. Nigel is out in the field, looking for rare and beautiful avians for our shared delight.

And lo, he’s spotted MurderHobo and a well-armed dino-bird from ARK: Survival Evolved: “I have a special fondness for this ludicrous fellow, which we used to gun down the biggest damned dodo you’ve ever seen.” 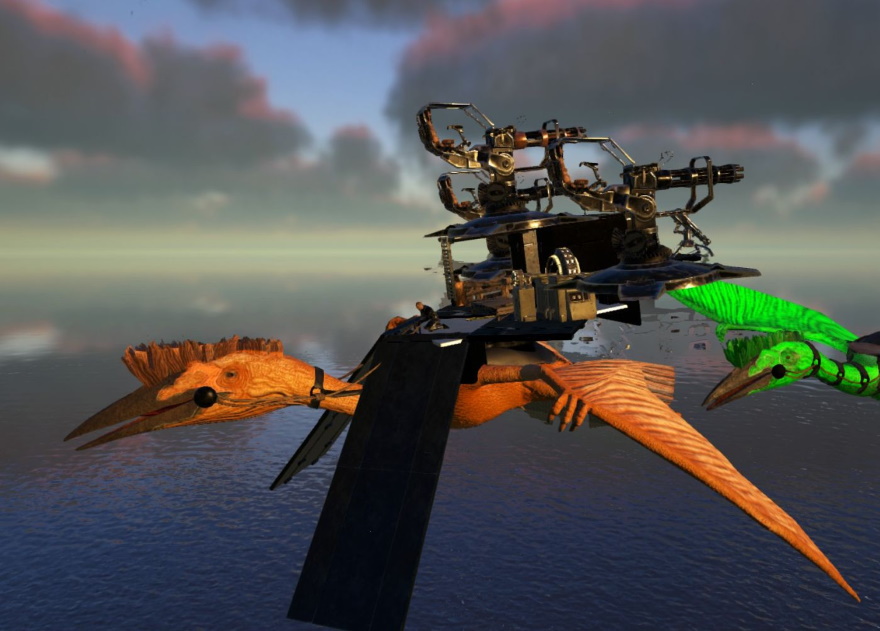 Stormwaltz dug deep into the wells of screenshot folders to help us get our feathery fix: “I haven’t taken any good screenshots in the last few weeks, but I do have some passable old bird pics from before my video card and monitor upgrade. Here is my nameless Destiny 2 character chilling with an owl at The Farm last summer.” 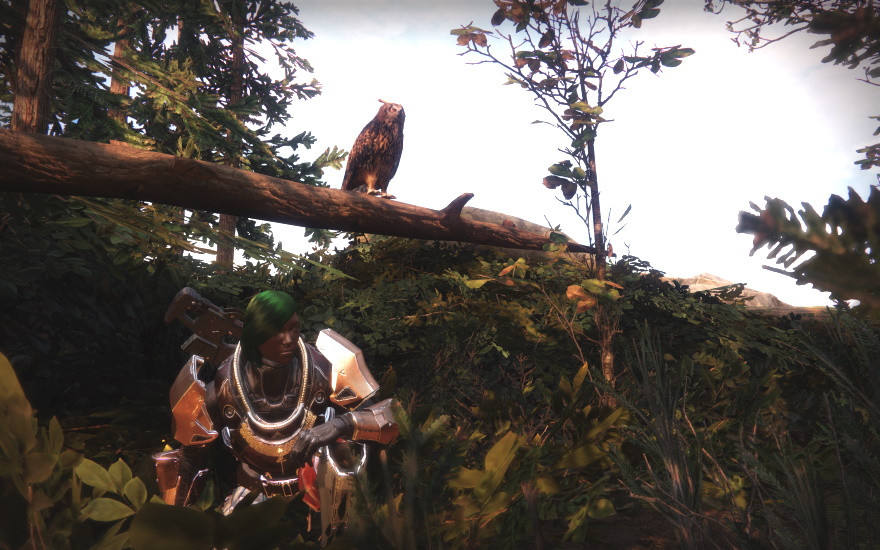 Aspiring Final Fantasy XIV pirate Vincent is absolutely crushing it, and don’t you tell him otherwise. I mean, if you’re going to have a bird perch and poop on your shoulder, it should be something this amazing: 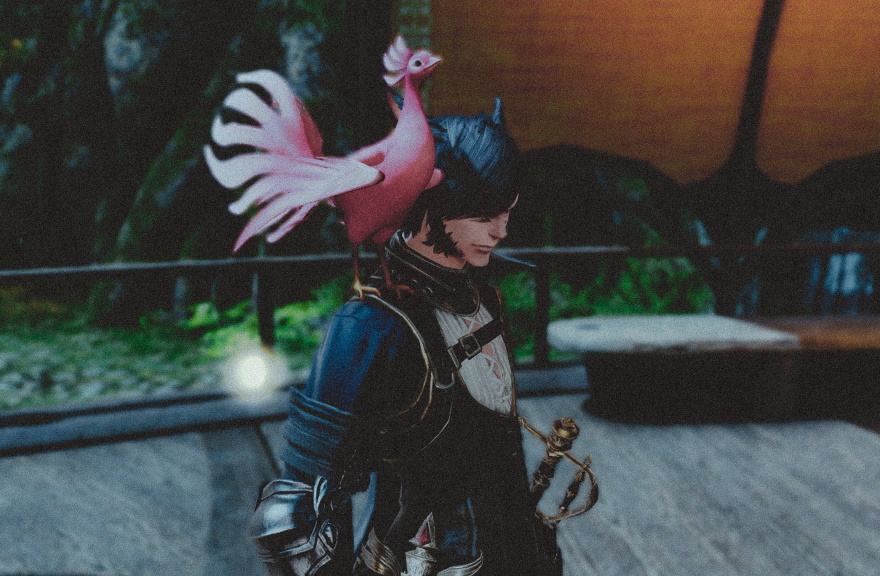 “This one is an easy pick for me: Solar Spirehawk (rare drop from the world boss Rukhmar in the Spires of Arak, Draenor),” said Lucky Jinx. “I started the hunt for this beauty in December 2019, and finally got her in February 2021! For the reference, I started running Firelands raid at the same time, and got the pureblood fire hawk back in October 2020. It took me a little while, but it was worth it. Collecting these beauties is really what keeps me playing World of Warcraft still.” 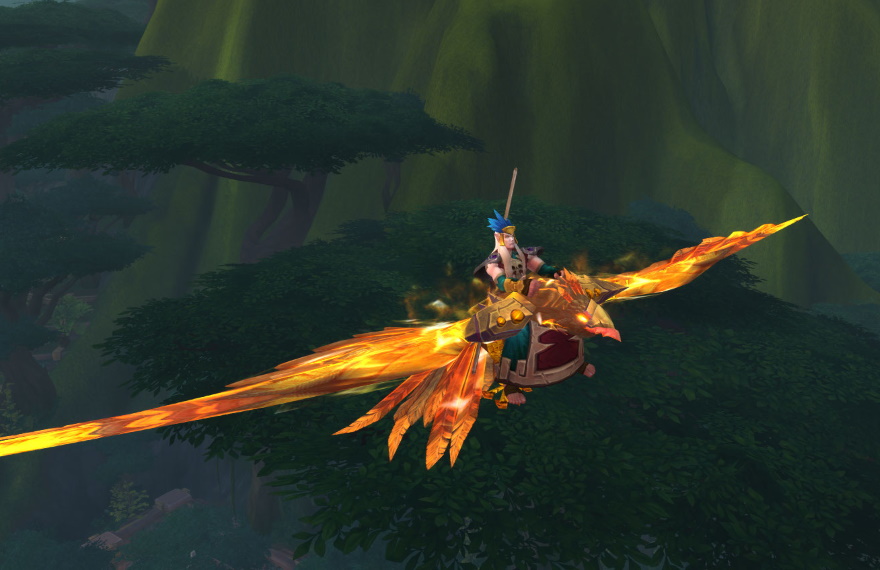 There ain’t no valley low enough and ain’t no mountain high enough for your photographs, baby! This week’s screenshot challenge is to share some impressive MMO mountains (or, hey, valleys) that arrested your attention.