Blizzard’s massive autumn World of Warcraft blitz continues today with the release of the Wrath of the Lich King’s prepatch in WoW Classic. As folks who were around back in 2008 will recall, Wrath was a beloved expansion to the original game when it launched; it adds the Death Knight hero class, the inscription crafting skill, the achievement system, and of course, the frigid continent of Northrend. The prologue plague events, however, will begin next week and run for three full weeks until the expansion officially launches.

Today’s update also heralds the launch of new fresh start servers for folks who want to start, well, fresh without all the cruft from the existing servers that have been swirling around in endgame for ages. On these new servers, nobody can use boosters or transfer over for at least three months, and no one can roll up a DK without doing the work to get to 55 the old-fashioned way. The first such server today will be Skyfury (PvP), though we’re expecting more. Server up should be around 6 p.m. EDT, but as MMO players are well aware, it might wind up a bit delayed. 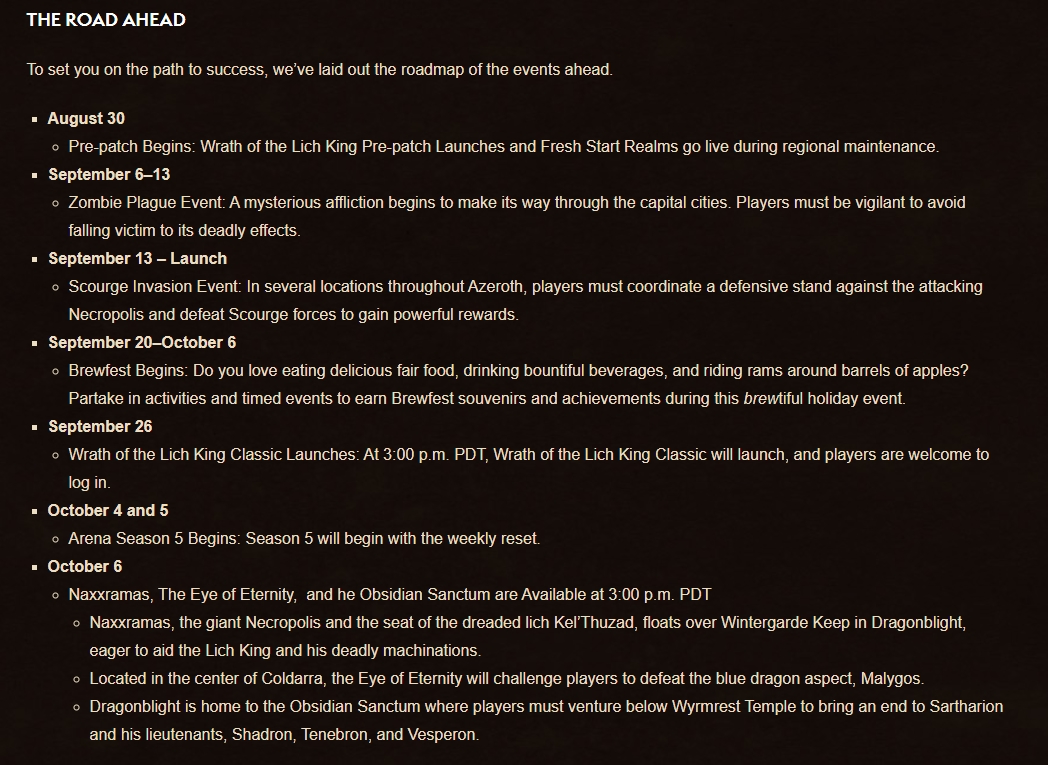 Of course, if you’re not into playing the leveling game – even with huge experience buffs – and just want to boost right to 70 to begin your Wrath journey, you’ll be able to buy a boost and do just that, according to Blizzard’s Brian Birmingham.

Yep! Level 70 boost is coming with the 3.4.0 patch this week. We've announced that elsewhere, so I don't mind confirming here.
It'll be limited to 1 per account like the level 58 boost was, and can be used for a Blood Elf or Draenei.
Prices aren't announced yet.

Meanwhile, if you somehow need a refresher on the Death Knight, Blizzard has dropped a whole video for you.

How to find it and more in #WrathClassic Pre-Patch. pic.twitter.com/EOe7xMX7UG

All our coverage of Wrath Classic so far: