END_OF_DOCUMENT_TOKEN_TO_BE_REPLACED
We’ve talked all about Secret World Legends‘ first anniversary party, but now it’s time to talk about the game’s first year. Fans can easily recall the fateful time of the reboot; some Secret World vets even say the game died that day (although technically the servers are still running and). But did it? No. I mean, TSW’s servers are still running, and thanks in part to SWL, profits are up. Secret World Legends has continued on, growing and developing. And by developing, we mean more content! So what all has happened since that infamous day last June? How well did the game follow its roadmap for the year? Let’s take a stroll through 12 months of memories to look at all the progress forward (or back) in our first SWL anniversary retrospective.

Of course, everything started back on June 26th, 2017. Well, no, I take that back: It started on June 23rd when the headstart opened for veterans. (Unless you wanted to play on Steam because that didn’t happen until the end of July!) But a funny thing happened the next day: The headstart opened to everyone! So technically I’d say it launched then, although official launch was still on the 26th. But since many folks started at headstart, we will use the 23rd as the beginning. The first six-month’s worth of ups and downs were detailed in the Chaos Theory 2017 year-end retrospective, but we’ll still sum them up here.

On the plus side, plenty of positive things happened throughout the year. Though the reason for feedback is often a negative, listening to and acting on that feedback is positive. After all that was lost by needing to remake characters in the new game, Funcom did right by listening to player feedback and offering a number of ways to compensate. It started with TSW players getting to transfer their account perks and most cosmetics by using the first legacy transfer starting on day one, but was even better when a second legacy transfer — one without an expiration date — started in September). Next up was offering all the TSW vets three character slots for free, then beefing up patron benefits, and combining actives and passives on weapon unlocks. As the year went on, player feedback also led to improved loot rates, increased inventory slots (then a separate mission inventory!), better UI design, revamped dungeon requirements, build managers, and improved talisman use. When raids returned in September, player feedback also played a huge part in Funcom immediately adjusting raid lockout-timers, and outcry also brought about opening up the conversion of Funcom points to Aurum. This past April, the new lead designer was even soliciting player feedback for the game’s future. 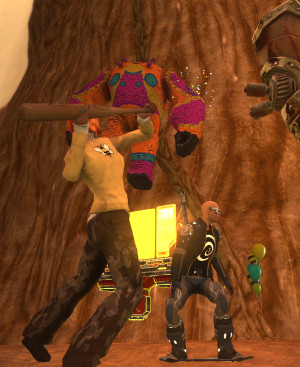 Not launching with all the content players had in TSW was a big negative, but the first of the main story line updates came in just over two-weeks time. Other missing story content resurfaced between August and October when Tokyo and the revamped Orochi Tower trickled into the reboot. Then the studio started releasing weekly updates (larger team can help with that!), and those improvements and bug fixes were regularly hitting the game. Let’s not discount all new systems that were introduced, such as the Anima Allocation, special weekend events (like free keys), and agents.

Event and cosmetic content slowly returned, even if not fully. (Why can’t we have a positive without a negative here?) Whispering Tide, Samhain, and Krampusnacht all appeared game with a few added improvements of their own, and the barbershop and plastic surgeon set their shops back up in December. And  just now, the anniversary event added a number of new things. Another positive on the content side was player-created events involving PvP, roleplaying, and a whole lot else.

What’s more positive than Season 2?! We got our first Season 2 hype in November, a long five months after the game launched — and so much longer for story content-starved vets of TSW. The re-emergence of the NPCs Twitter accounts in January was also a big fat plus. As eager as we all were for it, we didn’t learn more about the next season until March when South Africa was announced as the next destination, which would then launch in April. And boy, did we dive into that like ravenous demon hyenas! Although incomplete (main missions are missing), the story was a drink of fresh water for a content-thirsty player.

The bumps in the road

Besides the whole changing of the game that was throwing people off, there were a number of bumps in the road. As with a many launches, the first bumps were right at the start. Perhaps one of the biggest issues was when the SWL launcher overwrote the TSW files so folks could no longer access the original game.Talk about frustration! At least a way was found to fix this error, but it was definitely starting off on the wrong foot.

Another slight blemish straight out of the gate was waiting until the headstart to finally reveal patron benefits in the game. Don’t get me wrong: It was great to have some, and that’s a plus, but that information should have been shared much sooner in the process. 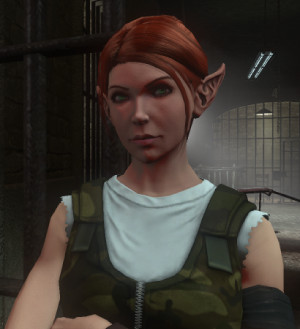 The next bump was another example of both positive and negative: Funcom jumped in to ban currency exploiters that cropped up over the weekend, but that also meant a rollback on Aurum was needed. It took days to reopen the currency exchange (and then it went offline again just a week later in July!) This situation helped highlight initial customer service limitations that cropped up quickly. Another Aurum sticky situation was first not allowing the Funcom points to Aurum conversion until mid-August, and even then it still had issues!

Having Steam launch a month after the rest of the game was not exactly a great idea in my opinion. I can understand a bit why, but that made any folks wanting to use that platform wait five weeks as others leveled ahead. Then when it finally did launch players had to decide if they wanted to remain on the regular launcher or move to Steam as there were exclusives tied to it. Then it turned out that the decision was automatically made for some folks who didn’t want it, and so those kinks had to be worked out. If you weren’t in the know on what to do about your account, you might end up with some headaches. Steam had more issues with granting patron benefits.

For me, watching Tilty (aka former Creative Director Romain Amiel) depart Funcom was a sad event, but I am hopeful that having the roadmap already in place will help guide the game through its continued story development. And speaking of development, hopefully part of that isthe return of the rest of our known content: the holiday events. As mentioned above, although these events were back, Halloween and Christmas were stripped down considerably from what they were in TSW, so many players are hoping the rest of the content returns in the second year.

Will SWL get to keep making story content for years to come, as Executive Producer Scott Junior said it would? We can certainly hope so — and at a quicker pace, I might add. Right now we are still waiting on the rest of the South Africa Morninglight missions (which have been delayed), and then we have the next announced zone to head to (which is revealed in gameplay so I am not spilling the beans here). Even if content comes in smaller doses, if it comes frequently enough we’ll have a pretty positive restrospective to report next year. But more importantly, we’ll have a fun year playing in SWL! Until then, maybe we will actually get more word on that Secret World TV show that Johnny Depp was to produce.