Attitudes and thoughts about Valentine’s Day vary widely, from crass commercialism to idyllic romanticism to complete indifference. But the fact remains that the spirit of the modern holiday is about love. And here at Massively Uplifting, we are interpreting that as love expressed by generosity, thoughtfulness, and applied caring toward our planet and fellow beings upon it! What better way to celebrate the holiday than by highlighting instances of those moments when such love is shared?

Warm your heart this frosty winter with these examples of love: voice actors teaming with Genshin Impact, Sea of Thieves, and World of Warships to raise money to help kids in various ways; SMITE‘s Finchmas fundraiser for The Southern Center for Human Rights; No Man’s Sky bringing a game back from the dead to help an Autistic boy; and Gamigo’s multi-month initiative that resulted in planting more than 110,000 new trees.

And no look into love would be complete without recognizing a sweet soul from our own community who showered everyone with love and kindness without restriction, someone whom we lost.

Join us in a toast to the Sea of Thieves community who raised a total of $47,401.60 for @nokidhungry through purchases of the Sails of Sharing – thank you, pirates, for your outstanding generosity! Click here for more info: https://t.co/Ghx5sNGwMO pic.twitter.com/UofKwDajC6

While children are our future, there are many hurdles in the way of them getting to their futures. Plagues of illness, poverty, and more that can disrupt and hamper their lives. Thankfully, there are many who come together to help conquer such hurdles; these latest efforts come from the studios and communities of Genshin Impact, Sea of Thieves, and World of Warships.

First up was the fundraising combination of players and voice actors of Genshin Impact to support the GameChanger Charity, a nonprofit that helps hospitalized kids by providing them and their families/caregivers free access to the latest video games, movies, virtual reality, and other forms of distraction therapy. The five-day virtual fundraising event included a stream-athon and a live autograph-signing event. The event raised over $12,000, surpassing the $10K goal.

Next, the Sea of Thieves community came together to feed hungry kids! By purchasing a special Sails of Sharing in-game, players raised almost $47,500 for the No Kid Hungry campaign, which aims to end childhood hunger in the United States. That’s a lot of dough to squash hunger. 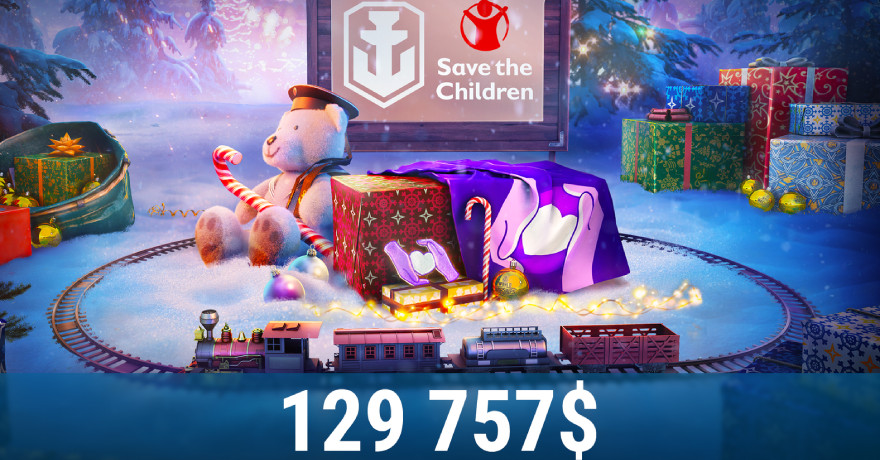 World of Warships set its sights on raising funds with a Christmas Charity event to support Save the Children, an organization that works to make the world a better place for children everywhere, including providing meals, blankets, and healthcare needs like masks for refugee healthcare workers. The 24-hour livestream event garnered $129,757 for the humanitarian organization.

You don’t have to be a superhero to fight injustice. In fact, you can just be you! Or you can be a member of the SMITE community, which honored the legacy of one of its own by celebrating Finchmas together. What is Finchmas? It was a special charity drive in honor of popular esports caster John Finch, who passed away suddenly in 2021. As of the end of January, Finchmas raised over $85K for The Southern Center for Human Rights, an organization that focuses on equality, dignity, and justice for people impacted by the criminal legal system in the Deep South. What a beautiful way to honor his memory and help others who need support.

We have a beautiful community. Thank you to everyone who donated during today's Finchmas charity stream. We've raised $85,000 & counting for @southerncenter!

Donations & streams will continue for the rest of the weekend, so keep sharing the love.

WE MISS YOU FINCH. 💛💛💛 pic.twitter.com/MZAy0PpfeS

Doing more than just speaking for the trees

Where’s the Lorax when you need him? Well, he might just be working with Gamigo and the Eden Reforestation Project. Massively Uplifting and MOP have reported on this collaboration an number of times since the spring of 2020. When it started, this partnership was originally planned to be short-term, but it moved to be a permanent cooperation as of last September. And as of this month, this partnership has resulted in the replanting of over 110,000 new trees.

The cooperation with Eden Reforestation Projects is part of the initiative of the Gamigo group (which includes the MMOs Trove, RIFT, and Fiesta Online) and its parent company MGI to raise awareness for sustainability among its players and to support this through further measures. Additional activities of the studio also include maintaining carbon neutrality for the whole group.

A secret shame of ours is that the success of No Man’s Sky left our first game Joe Danger unloved. Sadly since iOS culled older games it no longer worked on latest Apple devices 😭

This mail broke our hearts and made us want to set things right 💔 pic.twitter.com/Oz2yTjMUK5

Reversing a sunset for a smile

If you measure a man by his heart, then the devs behind No Man’s Sky have no limit in our minds right now. Sean Murray, founder and creator of NMS, shared via twitter a letter that he received regarding his very first title created, Joe Danger. Like many small projects, it was left behind when a bigger project (the aforementioned No Man’s Sky) blew up, taking resources and attention away. However, the heartfelt story of how that game was the one means by which an eight-year-old boy with Autism could relate to the world and bond with his father propelled the team to resurrect the game and make it playable again on the newest Apple devices. Yes, one fan mail about the importance of that game to just one soul brought it back, thanks to the caring hearts of the devs.

Beloved friends of @ChrissyzTweet. It is with a heavy heart and deepest sadness that I share the news that the loving and kind lady many knew as Chrissy The Blesser here in MMOland, Twitter, and Twitch passed away last night of Covid.

She was truly a light in this world.

And last, but certainly not least, was a painful loss not only for the Pirate101 and Wizard101 communities (she was also heavily involved in ARK: Survival Evolved and Red Dead Redemption 2) but our MOP and #OPTV community as well — and me very personally. Just after Christmas the world lost a bright, shining star: Chrissy the Blesser, a gamer known for her huge heart and her positivity that she showered indiscriminately on others, passed away. Here was an example of someone bringing smiles and happiness everywhere she went, making gaming a brighter experience no matter what. 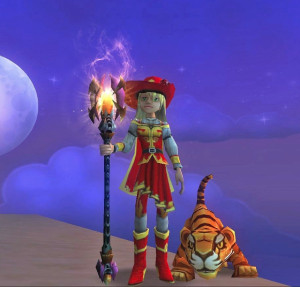 While there is nothing that can fill the hole such a loss can leave in the heart, there are ways to honor her memory. Those wishing to can make a donation to a service animal organization; she had an amazing service dog (CJ), and she would absolutely love for others to benefit from service animals in her memory. You can do so in honor of Val S. & CJ, or simply Chrissy the Blesser. She’d also be delighted at any act of kindness you share with those around you.

On this Valentine’s Day, I’ll tell you again how much I love you. Good night, Chrissy. Blessings and giggles upon your eternal dreams.

Global Agenda is back from the dead at least temporarily, Hi-Rez confirms

Wizardry Online makes a comeback as a rogue server

ESPN hosted a Microsoft Excel esports competition this past weekend