The MMO industry moves along at the speed of information, and sometimes we’re deluged with so much news here at Massively Overpowered that some of it gets backlogged. That’s why there’s The MOP Up: a weekly compilation of smaller MMO stories and videos that you won’t want to miss. See any good MMO news? Hit us up through our tips line!

This week we’ll look at the incredible account of a gamer who donated hundreds of items of Blizzard memorabilia to a museum, marvel at castle sieges in Archlord 2, give you a heads-up on SWTOR’s expansion, and more! 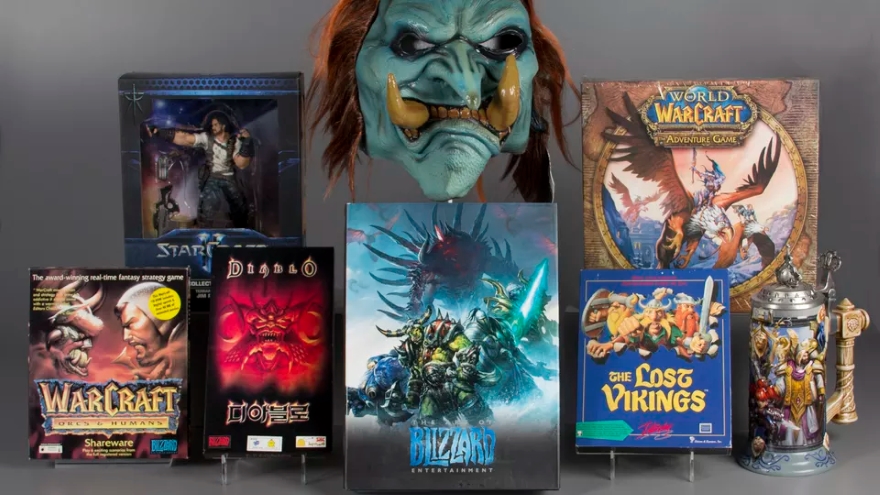 MapleStory 2 is “the most adorable thing I’ve ever seen” according to YouTuber Lost Anju. Check out her initial impressions in the following video:

While this is not the official trailer for Star Trek Online’s New Dawn update, you can’t deny that Allen Cayen aka ZEF_STO hasn’t done a bang-up job making a fan video that is worthy of the Trek name. [Thanks to Chad for the tip!]

Order & Chaos 2: Redemption is coming very soon, and the developers want to show off two new features for the game: instant quests and solo dungeons. What do you think?

kofteburger Hey if you decide  to join the game contact me ingame. My nick is Tyriel and ill help you get started :)

Hey if you join contact me inn game and ill help you get started.

My ingame nick is Tyriel

That’s a fascinating survey, I wish it had gotten more than a passing mention. Large data set makes it actually statistically and their conclusion is more subtle than your summary.
In fact, what they say is that while their data confirms stereotypes for the YOUNGEST classes, those variations go away in the older groups. Moreover, the age variations are larger and more significant than the gender ones.
Since women gamers average nearly 8 years older than males, then, the male/female stereotypes are being confused with more age-related differences.
One might think that’s incredibly important to game developers, considering that the “pvp community” is mostly juvenile males who seem to be obsessed with competing, and who (compared to older ones) DON’T HAVE ANY MONEY. None if the other classes care much about pvp at all, yet major changes to AAA games are implemented solely motivated by pvp balance.

ManastuUtakata  I like her am not a side scroller, so I don’t know much about MS ..but this looked really interesting..i’m with you Mana..I could get lost in this.

ClassicCrime enjoyable video.  I would have naturally passed on the game cause like you I didnt like the side scroller but it looked kind of relaxing in your vid.

omg thanks for mentioning my video :D

Fun Blizzard collection.  I wish there were some more pictures especially of schwag like the mask and mug.

That maple Story vid…I really could lose myself there. o.O

You still forgot to correct your beta article where you missed GW2, despite multiple people pointing if out in the comments section.