Massively OP’s formal 2015 awards technically ended on Friday, though we’ve got a few stragglers and roundups left to go. As I do every year, today I’ll round up all the awards in one place, discuss the thought process behind the selections, and compare our staff votes to the popular votes (which are still technically ongoing for another week). Follow along for a deep-dive into our 2015 awards!

Trove is a remarkably fun game for how inexpensive it was to produce and how much content has been jammed into it, and yet it is repeatedly dismissed as being a kiddie game because of its voxel-based graphics. I feel good about this one. Elder Scrolls Online has taken the public vote so far, and it’s a worthy runner-up: It’s come a long way; it’s just not getting anywhere particularly fast.

By popular request, we tossed in a quick vote for most overrated too. World of Warcraft won handily, you hipsters you.

SOE’s implosion took home both the staff’s and your vote for the biggest story of the year. I think this was an easy win, if you can call it a win. SOE was a beloved stalwart of the genre, and 2015 turned it on its head, first with the sale to Columbus Nova, then with massive layoffs that took out some high-caliber MMO devs, and followed by the high-profile departure of John Smedley, who’d been leading the company for two decades. And that’s without getting into the major EverQuest franchise drama of the year. SOE was once considered one of the more stable outfits; this made a lot of us step back and reconsider the MMO field. 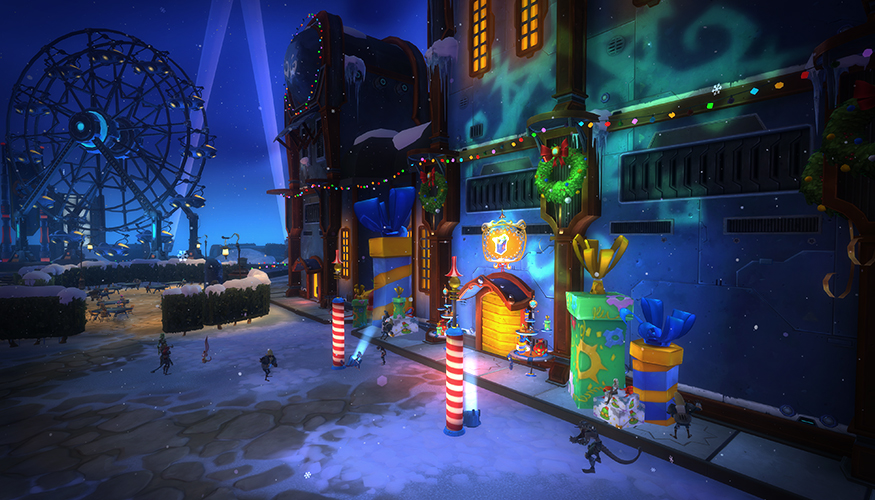 In a way, this award is almost bit of a mean compliment since to have improved the most means you had a lot of improving to do. WildStar had a rocky first year-and-a-half — I don’t think anyone will deny that. And though I don’t think free-to-play was its salvation, the effort put into the game’s patches over 2015 ahead of the free-to-play transition (to say nothing of the effort made to fix the game’s wannabe hardcore stigma) bumped it to the top of the list.

As I write this, WildStar has just barely edged out The Elder Scrolls Online in the popular vote as well.

MMO Studio of the Year: Square-Enix

I have the distinct impression that Square took our vote this year in part because its literal distance from players in the west protects it from the criticism leveled at local studios, but nevertheless, Square managed to navigate 2015 without any major disasters and put out a crowd-pleasing Final Fantasy XIV expansion. Some years, that’s all it takes to rise to the top.

Cloud Imperium took 45% of the player vote, suggesting a bit of a swarm there for a studio that has yet to actually publish an MMO.

I admit to worrying a lot over this award. The writers were particularly divided in the voting, and I didn’t want it to seem as if we were hating on WoW — because we aren’t. I am deeply disappointed to see WoW slipping into decline and not being rescued by the one group of people that can do it, partly because I have such fondness for WoW, and partly because it’s a bellwether for the whole genre. Disappointment is precisely the right word.

EverQuest Next’s silence was my own second pick, so I’m neither sorry nor surprised to see it dominate the reader poll. Come on, Daybreak.

Everything that isn’t a traditional MMORPG falls into this category, from MOBA to online shooter to Diablo clone. This year, the choice wasn’t a hard one, for the staff or for the popular vote; ARK: Survival Evolved has been tearing up the Steam charts and winning hearts with a unique dino survival sandbox all year.

Most Likely to Flop: Blade & Soul

Now this one hurt. I even buried it on a weekend rather than rake in extra hits because, ug, this award. It shouldn’t hurt. I didn’t feel all that bad when Star Citizen “won” last year; they were adults with huge wallets, so they could take it, right? And really, NCsoft can handle it too. The staff who voted for Blade & Soul did so grudgingly, as if forecasting an unfortunate thunderstorm on the way. No one wants that damn storm. It’s coming here so late!

You voted for Star Citizen, though. And you call us pessimists!

Some of you complained about this award because expansions weren’t new. You’re right. They weren’t new. But the award was for trend, not innovation. Full-fledged MMORPG expansions had been on the downslide for a few years as major MMO studios started trying to push out smaller updates instead. We’re glad to see them on the uptick once again, and apparently so are our readers, who (at the time of this writing) have made expansions the winner of the popular vote too, just slightly ahead of sandboxification, which we’re also glad for!

Biggest blunder was a confusing award to some of our commenters. We once called this award “biggest trainwreck” and generally use it to slot the biggest genre embarrassment or screw-up of the year. We handed this one to the Star Citizen drama promulgated by everyone’s favorite Internet Warlord. So embarrassing for everyone involved.

But you folks carry your grudges long and hard, and you singled out ArcheAge for this dishonor with your votes. Not like a specific thing. Just the whole game. That’s dedication. 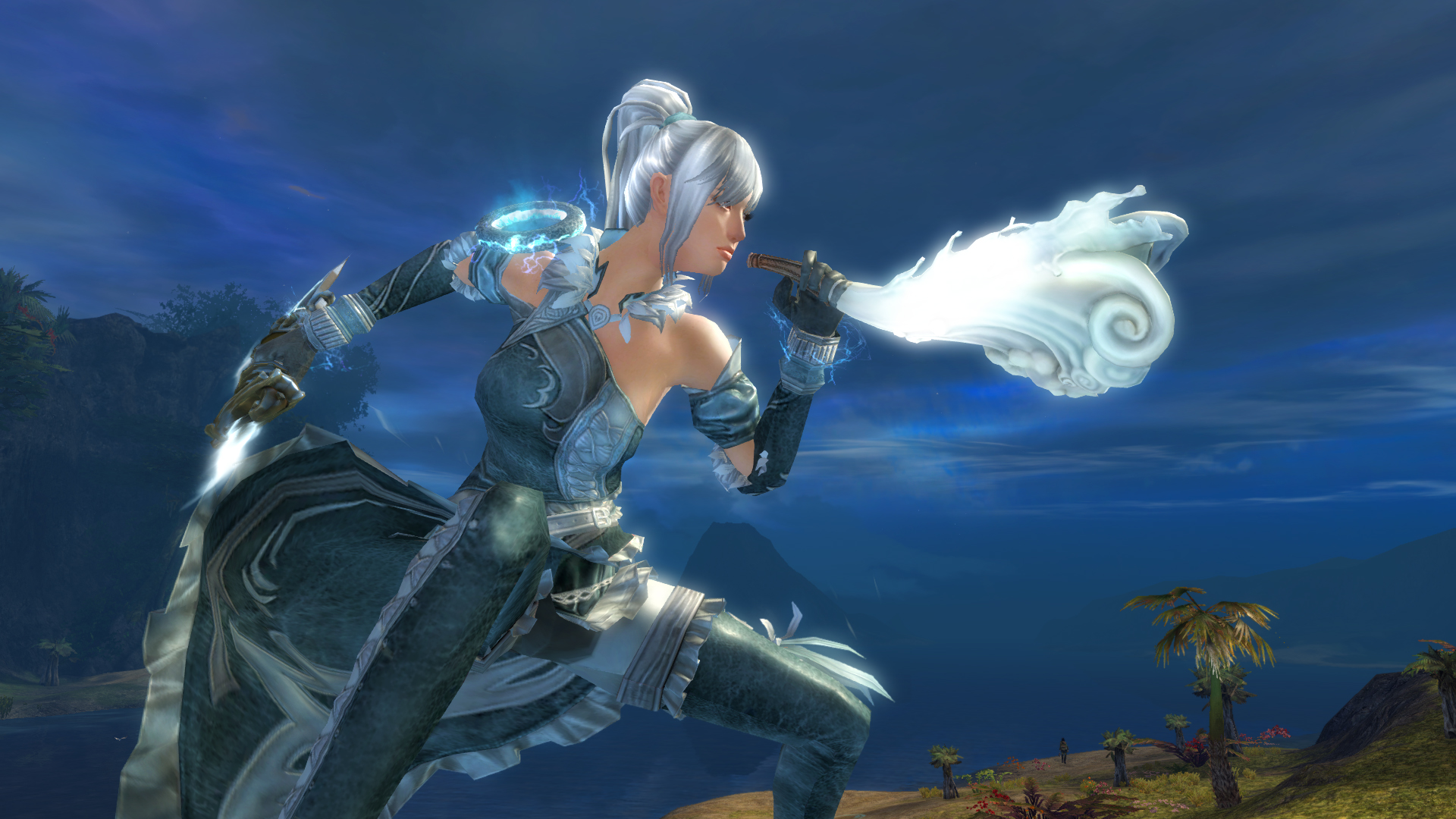 MMO Expansion/Update of the Year: Heart of Thorns

Guild Wars 2’s Heart of Thorns squeaked by to win this award among the writers by half a vote, just topping Heavensward. For my part, I found this award difficult to separate from MMO of the Year. I tried to make myself look at the expansions themselves apart from the drama and the state of their home game before and after the expansion. Looking at just the expansions, it seemed to me that Heavensward played it safe and went with more of the same, whereas Heart of Thorns was, as I argued in the comments, a frankly ballsy entry that really shook up the way we think of Guild Wars 2.

Heart of Thorns took the public vote by a far wider margin.

Star Citizen has clearly wooed the commentariat, winning the popular vote for most anticipated MMO with ease. It wasn’t such an easy call for the writing staff, however. This award sat undecided for almost two weeks, locked in a three-way tie between Star Citizen, Crowfall, and Camelot Unchained until one writer changed his vote to crown a winner. Voting drama! I think it’s safe to say that these three games are the ones to watch going into the new year.

Terrifyingly, EverQuest Next wasn’t even nominated this year in spite of winning in 2014 and 2013.

And here is where my vote flopped. While I thought Heart of Thorns was the better expansion, I didn’t think Guild Wars 2 has a particularly good year before the expansion, and I don’t think it came out on the other side of Heart of Thorns a significantly improved MMO — it has so many serious PvP and endgame problems that I just couldn’t vote for it. Final Fantasy XIV may have played it safe with Heavensward, but playing it safe kept the drama low, the content flowing, and the players happy. I’m glad it won the writers’ vote.

Final Fantasy XIV was winning the public vote as I wrote this, but Elder Scrolls players swarmed in over the weekend and ran off with it!

And hey, at least we didn’t have to go with “nothing” this year!