In our first Warframe anniversary retrospective in 2019, we covered everything from the beginning up through the shooter’s sixth birthday. For the lucky seventh birthday, we only need to look back over 12 months. The thing is, talking about one year in the life of Warframe is still a daunting task! Digital Extremes offers up a ton of content and updates for players to enjoy — not to mention more dev streams than you can shake a Grineer at!

END_OF_DOCUMENT_TOKEN_TO_BE_REPLACED
While other games may have highs and lows throughout the year, Warframe stays pretty reliably in the highs zone; even the low of the loss of a live convention this year has positive points. So it makes sense that Warframe was one of PlayStation’s most downloaded games of 2019. Here’s a look at this more-than-a-shooter’s seventh year filled with the Eidolon refresh, new primes, Railjack, and one of the best cons in the business: TennoCon 2019. 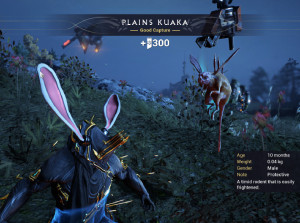 Bigger. Each year Warframe grows in scope. What started as just a shooter has moved far beyond that. And this past year saw major expansion into space. Better. New content aside, the game has also seen improvements made in existing systems and features that really enhance the experience. Badder. You want vicious new enemies, both as a whole and personally? You got it this year.

Hot on the heals of the sixth anniversary came a major refresh of the massive Eidolon outdoor zone. This beautification project did more than just purdy things up with striking details that really enhance the ambiance (and making terrain more fun for K-drive enthusiasts); in fact, it added new content as well. Players could now head out on conservation missions for the wildlife there or face three new Tusk Thumper enemies. The fact you can grab remote missions in the field was a very welcome change! A creative mode for streamers was also enabled in this update along with a Grineer sparring weapon.

If that wasn’t enough content for April, players also got to experience the final episode of the then-current Nightwave series, The Wolf of Saturn Six.

Spring is all about renewal, and Eidolon wasn’t the only area getting spruced up. The rest of spring was rounded out with May’s The Jovian Update, which included a remaster of Jupiter’s Gas City tileset along with cyber-mutant encounters and a Ropalolyst boss fight, and a new endless Disruption horde mode.

Summer wasn’t for slowing down in Warframe. June saw a Nightwave intermission event and the Operation: Plague Star event, while July added in the next Nightwave series, The Emissary. August included the light-hearted Dog Days summer event. Who wasn’t amused by a squirt gun fight with the Grineer? Of personal interest to me, the summer closed out with the promise of playable instruments! Thanks to the guitar-like shawzin, you can participate in shooting or shredding – shredding some chords, that is.

Halloween and monsters go hand-in-hand, so it makes sense that the Kuva liches system would be announced to deploy in October (though sadly it missed the mark by a few days). These personalized boss encounters were a long-awaited system. Keeping in the holiday spirit, the Hallowed Flame tactical alert offered players a themed adventure. Did you survive the night of infested hordes plaguing the Origin system? Nightwave’s Intermission II also began as players await the next series. Additionally, the next story step was taken with the Chimera Prologue.

Initially delayed a bit, Old Blood — with its kuva liches — was released at the start of November. Fall finished up with The Rising Tide, allowing players to start prepping to build their own multiplayer Railjacks. Oh, we cant forget celebrating Movember with mustaches, now can we? November was also the one-year anniversary of Warframe on Switch.

Speaking of Railjacks, mid-December we got an early Christmas gift when we could finally fly our own Railjacks. The next little bit of story progression came with the cinematic Erra.

And though it ended up delayed until just after the seventh anniversary, we have to include the release of Operation: Scarlet Spear, the latest step in the story of Warframe.

It’s all in the details

While the above run-down focuses on the bigger content drops, the year also had no shortage of tweaks and adjustments, such as alterations to Arbitrations in April and September. The Railjack experience needed tweaking, as did the Kuva Liches and pets. During the year, devs would conduct surveys to see what players wanted, then follow up. The Feb update preview on Kuva Liches and pets was directly in response to player feedback.

Things may not go perfectly for Warframe, with releases that must be delayed or need tweaks after 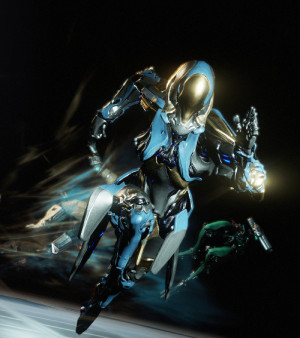 A big part of Warframe is getting new frames to play with. This past year, three new frames and five new Primes were added to the roster. For regular frames, we got the ethereal enchantress Wisp, the speed-demon Gauss, and the ever-hungry belly-feeder Grendel. (We also learned about Odalisk, a new warframe concept that won’t be out until later this year.)

For your priming pleasure, Digital Extremes released Equinox Prime, Wukon Prime, Atlas Prime, and Ivara Prime. And squeaking in just after the anniversary was Titania Prime and her bladed butterflies.

The highs and lows of TennoCon

A look back over the year would not be complete without lingering on TennoCon. The 2019 convention was bigger and better than ever, with a sweet, sweet story cinematic intro, multiple panels, TennoGen goodness, announcements, and even a contest to win a trip into space. (Wouldn’t that be nice to take right about now?!) You could even stroll through a museum filled with memorabilia, which we captured for your digital browsing pleasure. Even greater than giving players awesome news and chances to mingle together and with devs, TennoCon 2019 raised $250,000 CAN for the Canadian Mental Health Association.

Every year you have to wonder how Digital Extremes can keep up the momentum. And then a pandemic steps in.

The terrible news about the loss of a live TennoCon 2020 came mid-March. This was definitely the biggest low for me. However, Tenno need not despair the complete cancellation of the event: Digital Extremes is switching to an all-digital format this year that will be open to more than ever before. So there’s the high point in all this; even more will be able to fully participate. I am already formulating ways to keep the spirit of the con alive, including how one could organize a remote costume contest!

While it can’t fit anywhere else, there is another aspect about the past year that just highlights the fun of Warframe. And that was seeing some Warframe in real life! While I am sad I could not experience it in person, the July prank on the streets of NYC was captured on video. DE pulled a prank using an in-game weapon, and the results were hilarious. Anyone needing a smile today should watch, more than once if necessary.

What does 2020 have in store for Warframe? How will the eighth year go? It promises to be a unique one, that’s for sure, And we can assure you that it will also involve more warframes, more primes, plenty of cosmetics, and surely a story or two. Check back next March for the eighth anniversary retrospective to see it all summed up. Or, even better, keep checking right here and see it all unfold live on MassivelyOP.com!