Did you go trick-or-treating? There’s still time! Here, have a handful of warm fuzzies! Take some full-sized good deeds! October has been full of treats in the form of uplifting and positive happenings throughout the MMOsphere. Have a look in your goody bag:

You’ve got a a crew of mates in Sea of Thieves who use their voices to guide a blind buddy, and a sister who built an Animal Crossing town to feel connected with her deceased sister. There are many servings of studios and individuals raising money for a variety of charities, from the 11th annual Running of the Gnomes in World of Warcraft to a number of streams in Warframe, Wizard101 and Pirate101, Guild Wars 2, and more. We even found a little treat we missed before: One The Elder Scrolls Online player hosted a house decorating contest to benefit those impacted by the Australian bushfires earlier this year. And adding to the goodness was Bungie celebrating Disability Awareness and Niantic creating a recovery initiative for small business. Now top the whole thing off with Apex Legends showing the industry how it’s done by putting family first!

If you need some sweet nourishment for your soul during this time (and who doesn’t?!), dig in for more details! And be sure to share any stories of your own as well.

No need to see on the high seas

While there are myriad different disabilities folks live and game with, one that is harder to imagine playing MMOs with is blindness. How would you get around? How to you complete objectives? The streamer Sightless Kombat shows us exactly how it’s done! It starts with a great cast of crewmates who use their voices to guild him and continues with an in-game compass that works by counted steps. Watch the adventure above to see it all in action. Kudos to outstanding companions!

And if you were wondering, no, Sea of Thieves is not the only game Sightless Kombat plays and streams; his repertoire includes Killer Instinct, Hellblade, Horizon Zero Dawn, and Forza, to name a few.

Blindness is only one disability; countless other disabilities can make gaming difficult. That’s why promoting inclusivity is so important. During October’s Disability Awareness Month, Bungie took a step toward improving accessibility by inviting founder of AbleGamers charity Mark Barlet to the studio to discuss the issue. Hopefully that’s just the beginning of making gaming more accessible to all!

The crunch. We’ve all heard about it and how horrible it is in the gaming industry. Some may even experience it first-hand! It feels pretty par-for-the-course lately (even though it really shouldn’t!) So many studios are guilty of perpetuating – and even overtly promoting – this mantra that workers are required to sacrifice everything in life for the making of the game or else they don’t belong. Well, major hats off to the crew making Apex Legends, who showed that you can be successful and still put employees’ lives at the forefront. How? The studio halted the game in favor of family for one employee!

If you are a fan of the game, you might know that Respawn released it later in the day than intended. It was planned for morning, but then (former) dev Jon Shirling, who ran ops and online services, got the news that the court appointment to finalize the adoption of his child was scheduled for the exact same time as the launch! Turns out he needn’t have panicked, as, in his words, “Respawn prioritized [his] family first.” We sure don’t hear that often, but we hope to hear it more!

Games can be so much more than a simple pastime to pass the time. We know this. Sometimes it can be a vehicle for working through grief. We’ve talked about a number of in-game memorials before: Some are large, some are small, some are for celebrities, and some are for gaming friends. However, sometimes it is much more personal.

One woman has found a way to feel close to her younger sister that she lost to cancer five years ago. In her personal journey to cope with her grief, Meredith Myers came across the town her little sister Kylie built in Animal Crossing. What started as a visit to reminisce turned into a mission to keep the town growing and thriving. She shared this with BBC radio: “I couldn’t take care of her in the real world anymore, but I could keep taking care of this world that she’d created.”

We’ve heralded many a stream and campaign to raise money for those in need, but decorating a definitely house is a new one! We are devastated to have missed this gem back when it came out in January but delighted to highlight it now. ESO forumgoer CantFixIr developed a decorating content in support of the Australian bushfires that happened at the end of 2019 and beginning of 2020. Instead of raising money from others, CantFixIr wanted to raise awareness, so the player created this contest and pledged as part of the prizes to personally donate an amount three charities aiding in relief. Winners would also get a big chunk of in-game cash. All entrants had to do was decorate and submit a shot of a house decorated in the theme “firefighting.”

We learned of this when one twitter user shared his cool entry, but you can also see some other entries by checking out the official thread.

Last January catastrophic bushfires were destroying Australia. My guildie organized a server wide housing contest in @TESOnline to raise awareness & raise funds for the charities helping in Australia. https://t.co/CBEKrW5Og1 This was my entry.

Speaking of charities, many studios and groups came together to raise money for a number of good causes this fall. Warframe’s Digital Extremes had a multi-stream fundraiser (including with partnered streamers) to aid The Princess Margaret Cancer Foundation in the fight for a cure for cancer, bringing in $105k for the charity.

ArenaNet has also announced that its Extra Life Game Day is this week on Friday, November 6th. The studio matches donations made by Guild Wars 2 players during the event. Over its last four years participating, Team ArenaNet has raised over $225,000 in donations for Children’s Miracle Network hospitals. This year, the studio wants to break its record and top last year’s $145,000 total. Interested fans can donate ahead of time on the official page; $16K has already been raised. This year’s fund will go to Children’s Hospitals COVID-19 Impact Fund. 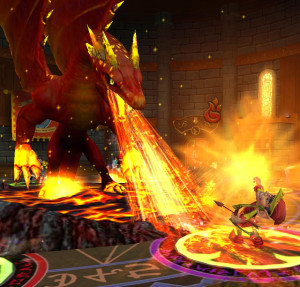 KingsIsle is also participating in Extra Life, and it’s on a mission to help sick and injured kids in its local community; money raised will go to the Austin Dell Children’s Medical Center of Central Texas. Both the Wizard101 and Pirate101 communities have come together and have raised $12,240 to date. Anyone who joins the fundraising team can earn in-game items at certain goals.

In WoW, the 11th annual Running of the Gnomes took place on October 10th. The run to Booty Bay on the Scarlet Crusade US server, all to benefit Cleveland Clinic’s Tuohy vaccine, which is meant to help protect people from breast cancer.

There’s no denying that the pandemic of 2020 has negatively impacted many small business. And while donations help, building the business is even better! Niantic has taken the latter approach, creating the Niantic Local Business Recovery Initiative this past summer, an initiative “designed to spotlight some of the most beloved local businesses in communities around the world to its players.” Pokemon Go players from the U.S., Canada, Mexico, the U.K., and Japan got to nominate their favorite local businesses to be included as places of interest in the game. The idea was that by adding those businesses to the game map, the game would drive awareness of the establishment and increase commerce. Even more, Niantic explained,

“In the near future, these small businesses will not just become PokéStops or Gyms in Pokémon GO, they will also be empowered to run promotion campaigns that reach players nearby, and take part in other in-game events and new features.”

Players responded, sending in more than 38,000 nominations, and Niantic has now narrowed that down to 1,000. Work is underway to put them on the Pokémon GO map. Niantic offered a look at some of the business heading into the game:

Chop Chop Shop MX, a game shop in Mexico City that has created an inclusive environment open to all ages, fostering a community of gamers who call this business a second home.

Five Girls Baking, a family-run bakery and cafe in Liverpool, Nova Scotia, Canada that’s been supporting its community during the pandemic with free bread for those in need.

World of Warcraft honors Reckful with a new Rogue trainer