Blizzard showed up at E3 this year to reveal the next character coming to Heroes of the Storm and demo the latest progress of its upcoming team-based shooter Overwatch. We also heard of online racing game The Crew‘s upcoming expansion that adds motorcycles and monster trucks, and H1Z1 revealed plans to let players build their own structures. The biggest news for online gaming is that we finally got to see gameplay footage of the highly anticipated Star Wars: Battlefront reboot, and the game got a firm release date of November 17th. The Division will be entering closed beta at the end of this year and releasing on March 8th 2016.

Read on for detailed breakdowns of the stories above and other news from the wider world of online gaming in this week’s Not So Massively, and don’t forget to subscribe to the RSS feed for weekly updates! 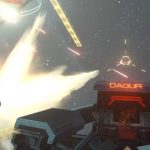 E3 2015: See EVE: Valkyrie in action
It's hard to really get a sense of how EVE: Valkyrie will play if you're not actually wearing one of the two VR headsets the game is being developed for.… 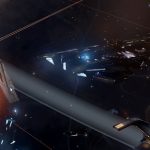 E3 2015: David Braben on Elite: Dangerous
How does the guy who got motion sickness from Kirby's Air Ride get assigned to the flight simulators every year? Yes, at this year's E3, with my guns functioning and my ship… 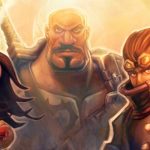 E3 2015: Perfect World is making Torchlight Mobile
Torchlight has no shortage of fans devoted to the stylized action RPG, and this week those fans have a new reason to rejoice. The series will soon be making its… 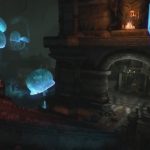 E3 2015: The Elder Scrolls’ TCG; ESO’s Orsinium, Imperial City
The downside of E3 pre-conferences coming earlier and earlier is that the event just gets longer and longer, but the upside is that you can find out some pretty neat… 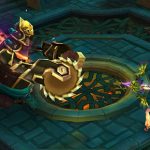 E3 2015: Torchlight Mobile is a new Torchlight, not Torch-lite
When Perfect World and Runic Games announced last week that Torchlight was stretching out into the mobile market, it caught many folks quite unawares. (It's not often a studio can keep… 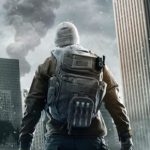 E3 2015: The Division’s beta happens this winter, release in March [Updated]
If you're itching to beta test The Division, I hope you have Microsoft's latest console. Ubisoft announced that Xbox One owners will get an advance look at the shooter in… 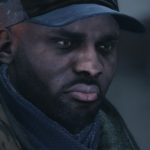 E3 2015: The Division’s Dark Zone demo does the game no favors
After covering the development of Ubisoft's The Division since 2013, I finally got my hands on the game itself -- and its PvP -- at this year's E3. It's not exactly a… 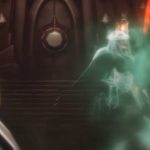 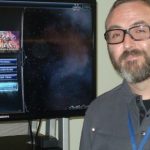 E3 2015: Cory Jones discusses HEX, lawsuits, and cake
[AL:HEX]I first saw MMOTCG HEX at E3 2013 at the same time the Kickstarter was revealed to the public, which was actually after it had been cancelled during its initial development.… 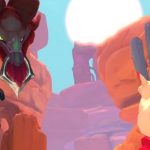 E3 2015: Gigantic’s closed beta starts in August
The "shooter MOBA" Gigantic is making strides toward launch, and one of the bigger steps that it will take will be in launching its closed beta test this August. Motiga… 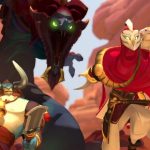 E3 2015: Hands-on with Motiga’s ‘shooter MOBA’ Gigantic
As some of you recall, Gigantic is one of those games that looks like a MOBA and smells like a MOBA but -- for a while, at least -- was refusing… 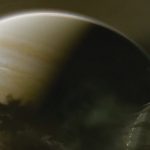 E3 2015: Destiny’s The Taken King arrives Sept. 15; here’s the trailer
So, hey, remember that rumor about Destiny launching The Taken King on September 15th of this year? There's a new trailer out from the wilds of this year's E3, and… 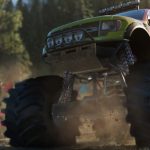 E3 2015: The Crew announces ‘Wild Run’ expansion
The world of The Crew is getting a big upgrade later this year. Part of that is just a visual upgrade that's coming along with the game's new Wild Run…

Of course, it’s been business as usual for plenty of other games on the market this week. Valve revealed more details of Dota 2‘s upcoming complete game revamp, including how custom games will work. League of Legends released a documentary on couples who play together and a teaser video for what could be an upcoming gunslinger type champion. Sins of a Dark Age released new champion Penn the Boy Mage, Dungeon Defenders II asked fans to pick the direction they want development to go in, and Path of Exile examined changes to life leech and status effects in its upcoming expansion.

Riot Games released a teaser lore video this week that tells the story of a creature called The River King, who says that the whole world is one big river and that he can go anywhere that men let him in. Players have speculated that this might be a new champion with some kind of teleporting ability, a new monster, or even an entire new game mode. Others have tried to put the video into the context of the existing characters in the game’s lore.

This week also saw the release of the new short documentary called Love & League that follows the stories of four couples who play League of Legends together. All four have similar stories of playing together being a bonding experience that has brought them closer together as couples.

Blizzard often saves its biggest reveals for BlizzCon, but this year’s E3 was packed with new information. We learned of Heroes of the Storm‘s upcoming Eternal Conflict update that will add new champions King Leoric the Skeleton King and The Monk from Diablo III. The update will also add treasure goblins that can spawn at the start of the match before combat begins and grant bonus gold at the end of the match if killed.

Leoric is designed to be a disruptive tank character who literally can’t be killed. When struck down, Leoric will instead turn into a wraith for a duration and can still move around the map and slow enemies. Once his death counter ticks down to zero, he’ll also instantly respawn in his current location. The Monk is similarly unique, with the ability to pick between different abilities to adapt to the enemy team’s composition.

Path of Exile revealed two more unique weapons coming in its upcoming expansion, and developers delved into the gritty details of changes to life leech and conditions such as Freeze, Shock, and Chill. In the expansion, all of these status ailments will have their durations rebalanced based on the percentage of the target’s health that the attacking skill removes. The new duration will be 60 milliseconds per 1% of the target’s health hit, meaning we should see an increase in freeze and stun effects on trash monsters in the expansion but a decrease in their effectiveness against uniques and bosses.

Life leech will be allowed to stack against multiple targets and multiple times against the same target, making its contribution to damage and healing much more consistent up until it hits a cap. This change necessitates a decrease in base life leech across the game but comes with new passive skill nodes that improve your life leech and can even raise the maximum cap. Developers also revealed that the increased level cap in the expansion has led to a new tier of gear with slightly higher stats. Path of Exile‘s Thailand closed beta also kicked off this week.

Valve revealed more details this week of the upcoming Dota 2 Reborn update. The patch will not only switch the game over to the latest version of the Source 2 engine but feature a complete redesign of the user interface and several revolutionary new features. Players will finally be able to create their own unique custom game modes and play matches of them online, similar to how players used to mod Heroes of Newerth. Dota 2 modders will have access to the Hammer map designer, a material editor, model editor, particle system editor, full Lua scripting, and a developer console to debug their maps.

Valve is even kicking things off with its own official custom game mode called Overthrow that pits two teams against each other in a short PvP bloodbath, with victory going to the team with the most kills. The Dota 2 Reborn beta is live now for anyone to test on Steam; it boasts improved networking, a better UI, and the ability to use recorded matches in Source Filmmaker. As the new engine is OpenGL based, we can expect both Mac and Linux releases in the near future.

The past few years have seen an increase in the number of games being developed with the community’s input in mind. Dungeon Defenders II has taken this idea to heart with its Influence Week page that asks players to vote on a series of new features and pick which ones should make it into the game. The top choices as voted for by players are currently asking for hero deck improvements, a heroes marketplace hub, and a more accessible UI.

Fans of the old Star Wars: Battlefront series were obviously happy when a reboot of the series was revealed with a cinematic trailer back in April and given an ambitious release date of November 17th. Pre-orders opened immediately, but many fans were unwilling to lodge a pre-order on the basis of just a cinematic trailer and a few previews given behind closed doors. It came as a huge relief then to see several minutes of gameplay footage in the EA conference at E3 2015.

Star Wars: Battlefront is being developed by DICE and appears to be somewhat similar to that studio’s Battlefield series but takes place within the Star Wars universe. The gameplay footage below shows a multiplayer battle set in the infamous Battle of Hoth, with objectives to capture and vehicles such as the AT-AT and X-Wing available to use. Players take on the mantle of an Empire or Rebel soldier and use weapons and tools from the Star Wars universe. Powerups can be found on the map that grant new weapons or unlock powerful hero and villain characters such as Luke Skywalker and Darth Vader for a limited time.

Every week, Brendan Drain scours the net to bring you all the latest news from from the world of MOBAs, lobby-based games, and other online multiplayer games that aren’t quite MMOs in Not So Massively. If there’s anything you want to see covered here, post a comment or send mail to brendan@massivelyop.com to let him know!
Advertisement