With big name survival games getting ignored developmentally, you have to wonder what’s been going on with the smaller titles. After all, we’ve got multiple guides chock full of survival games, but those are well over a year old now. And we only really hear about a few, so what’s up with all the rest? Are they dead and gone? Which ones are just dead in the water but still online? And what developers are still chugging along with updates, even if under the radar?

Well, we’re going to find out! This Survivalist is checking in on all those multiplayer (and a couple of single-player) survival games that don’t get the limelight often. Think of it as a quick check-up guide. Of course, with so many survival games, there is still too much to cover in just one guide. So here you’ll find the facts from dinosaurs to the after the apocalypse. I’ve even added a couple games that didn’t make it on previous guides. Then next round you can expect a second piece with the rest.

Durango: Wild Lands
The game launched this week! While closed beta started back July of 2017, news wasn’t exactly prolific. However, US Players on both Android and iOS can nab the mobile title on Google Play store for Android or the Apple App store. Fight, tame, and ride dinosaurs right on your phone.

Saurian
This single-player play-as-a-dino title is still in early access on Steam. However, game development has been steadily chugging along; at least two dev blogs are posted each month with progress. 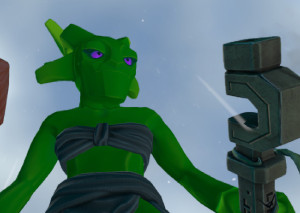 Boundless
Although it was one of the titles that missed our first guides, Boundless launched out of early access September 2018. This builder-focused survival game maintains very positive Steam reviews. Its latest update was the end of April, but most months have multiple updates and communications from devs.

Citadel: Forged with Fire
Another title missing from previous guides (sounds like we might be due for guide #4), Citadel has been flying under the radar even though it has been getting regular updates. The most recent was a doozy: dynamic weather and mastery levels. And while reviews are mixed Steam, 80% of those made in the last 30 days are positive, so things are looking good.

Rend
Launched at the end of March, this game has seen its development effectively stopped. A very few official servers remain up, but they are still very empty. You can still participate in faction warfare (mostly the sieges) or play on the either of the other two server types of PvP free-for-all or PvE exploration.

Savage Lands
Still in early access, Savage Lands had mostly monthly updates — until this year. As the developer wrote in the final dev update on April 14, 2019, “If all goes as planned, I’ll have the update in BETA by end of April.” We are guessing all didn’t go well. There was, however, just a dev interview stream on May 2nd. The Steam reviews for this frozen landscape are just over 50% positive. Any returning players are asked to check out special instructions.

TUG
This game has poofed completely. You can’t find it or your Kickstarter money anywhere anymore. Even the playable version that was out is gone. One Reddit story even claims that Nerd Kingdom was bought by a big mobile company to use TUG’s assets. Our final entry on this game at the end of 2018 details the fiasco and chronicles how the developers have refused to answer questions. “Nerd Kingdom took $300,000 from gamers and committed to transparency,” we concluded. “Consequently, the company owes those gamers one of two things: their money back or a clear explanation of where it went.”

Badiya
Still in Steam early access, this procedurally generated WWI desert game has three modes now: exploration, survival, and hardcore. That was announced in the last update April 1st, 2019. Updates appear only every few months, but Steam reviews are over 60% positive.

The Black Death
Development appears fairly steady; the game continues to have dev updates on Steam multiple times a month, including new content and hotfixes. Armor just got a full overhaul in April.

Life is Feudal
While news for the Your Own version of the game is posted on Steam only every few months, the MMO receives regular communication from devs. Reviews in the last 30 days, however, have taken a nosedive into the negative.

New Dawn
This survival is available now on Steam in early access; however, development progress looks iffy right now. The last communication was at the beginning of February 2019, and a patch was said to be coming “next week” starting at the beginning of November and going through all of December. Even then, those items were going to be “added gradually in the weekly patches.”

Wild Terra
Switched to free-to-play in February 2019. Dev updates on Steam have been frequent and include information on fixes, additions, and events.

Hurtworld
Even though early access was in December 2015, devs still appear quite active on the game as evidenced by the Steam posts. Note: Official server wipes due to updates have happened twice in the last two months.

Novus Inceptio
Although Steam reviews are 64% positive, the devs have only one update posted since the October 2015 early access release. There is a bit more info in the discussion section, but you have to wade through that. And when you do, you learn the devs appear to be off making another game called The Wild Age and have abandoned this one.

Out of Reach
Although launched less than a year ago, this game may already be dying or dead. The last pinned dev note in the discussion section was in January. The only update listed on Steam is a battle royale spin-off called Out of Reach: Treasure Royale, which is coming soon. If you dig, you can find the last changelog was September 2018. If you still want to play, this game is on sale on for $3.74 until May 20, 2019, 75% off.

RUST
Officially launched as of February 2018, RUST has one of the highest positive ratings of survival games on Steam. Additions to the game (including things like hot air balloons and electricity) and bug fixes continue. 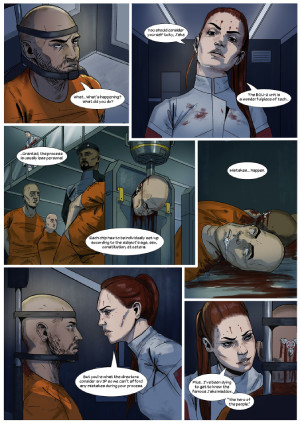 SCUM
This prison-centric game is still in early access on Steam, but is also still receiving updates. It even boasts comics! If you like very detailed and long dev updates, dig in.

SOS
What more can we say than what Steam does: “Notice: At the request of the publisher, SOS is unlisted on the Steam store and will not appear in search.” The original (fun) mode was ditched for battle royale, and it flopped. A shame, as this was a unique concept.

Stranded Deep
It’s still available on Steam early access, but this single-player title appears to get only infrequent updates or communication from devs.

Sunset Rangers
Play at your own risk. There is only one official server; players are expected to make their own servers. The last posted update on Steam was a single bug fix over a year ago, and the only recent dev discussion is just asking players what they want in the game.

Divergence: Year Zero
Nothing has changed since the last guide listing. You can still buy  and play the game, but it will not ever receive any updates. The Steam page very clearly says “Active-Development Discontinued.”

Miscreated
This survival continues to get mostly monthly updates (with some small breaks), the latest one being May 17th, 2019. The game is on sale on Steam through May 20th for $16.24.

Nether: Resurrected
A resurrected game in the first place, there is no active development at all. You can still buy the game on Steam, and there are still servers to play on. Development is happening on the next iteration, called Nether: The Untold Chapter.

Next Day: Survival
So few survival games do, but Next Day: Survival did launch out of early access in May 2018. However, the last real Steam update was in December 2018, when the devs stated the game is alive and will continue to live, just without updates. Basically, the game is done, but not done for.

The Skies
Recent reviews of this survival are mostly negative, but that may have something to do with the fact that development appears to have halted back in October 2016. That’s too bad, because this one had more MMO elements than most; few other survival games had a quest system built in. Playing now is at your own risk, but it is free-to-play on Steam.

Xsyon
One of the earliest early access games, Xsyon is still in early access, but it dropped subscriptions in December 2017. And while they are not massive or often, it does still receive occasional updates. Despite that, Steam reviews are overwhelmingly positive. Non-Steam players can still jump on board via the official site. Server population is sparse, but there are some dedicated folks still there.